The Motherhood of Margaret Sanger 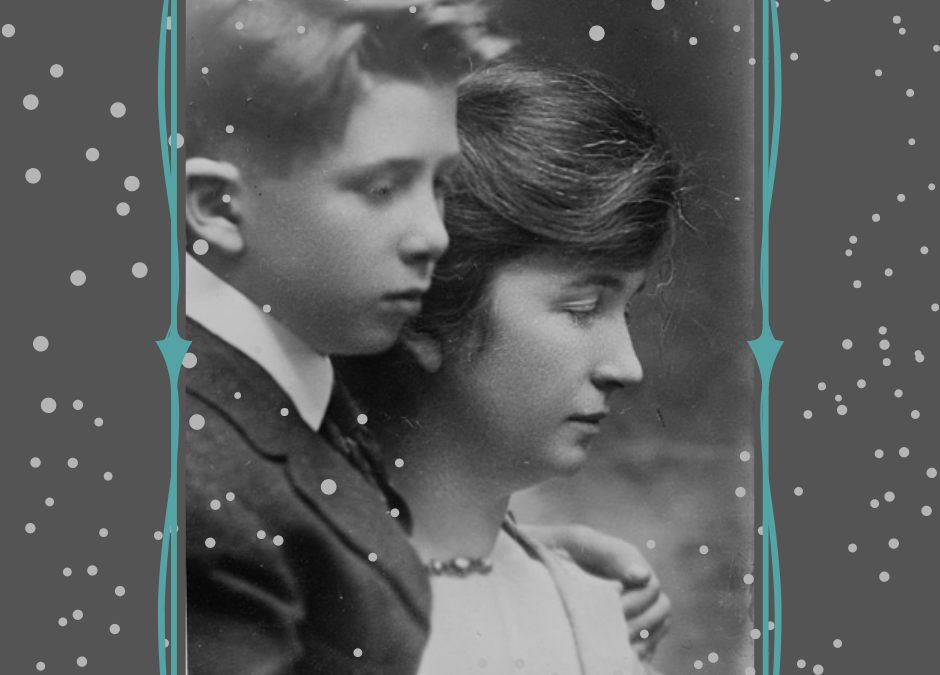 The Motherhood of Margaret Sanger

Margaret Sanger left behind a shadowy legacy of contraception, eugenics, and Planned Parenthood. These passions drove her to put her contraceptive mission above her family, leading to a casual divorce, followed by the physical separation from her three children as she escaped to England, rather than face sentencing and jail time for the illicit content being published in her newspaper, The Woman Rebel.

Sanger’s autobiography constantly recounts the begging pleas of her children, who were longing for the time and affection of their mother. This was something she also longed for, but felt unable to give. Her strained motherhood remained a constant source of inner tension throughout Margaret’s life. She admitted after her second son was born, that she “wanted at least four more as quickly as my health would permit.” And yet, she could not reconcile the desire of successive childbearing among the poor. She said, “I hated the wretchedness and hopelessness of the poor, and never experienced that satisfaction in working with among them that so many noble women have found.”

Below is an except from my book, Motherhood Redeemed, focusing on Sanger’s maternal struggle. Unfortunately, the struggle for modern women to embrace motherhood, while pursuing passions, and even embracing the same crosses reflected in the poor, is one that leads many women astray.

One of my main motivations for writing my new book, Motherhood Redeemed: How Radical Feminism Betrayed Maternal Love (TAN Books), was not only to tell my journey from feminism to Catholicism, but also to educate others on what exactly feminism is.

Let’s face it, for millennials and older women hanging onto the sexual revolution alike, feminism is still a coveted title. Being a feminist is still a powerful term that says to society that you’re progressive, outspoken, and advocating for the changing rights of women. Likewise, many women in the Catholic Church also embrace the term “feminist” as something completely congruent with their faith. They define it as a form of equality with men that no one in their right mind could possibly disagree with. Yet, their definition of feminism is often uninformed, unclear, and fluid.

What I mean by this is that feminism possesses no congruent definition, and it never did. My book explores the earliest women’s rights activists – namely Susan B. Anthony and Elizabeth Cady Stanton. Even in the 19th century, these activists struggled with the balance between women’s roles in the home and the social sphere. In a letter to Anthony, written in 1853, Stanton (mother of 7) said, “My whole soul is in the work, but my hands belong to my family.” While the two activists rightly fought for women to be considered citizens of the United States, who would share the same rights as their male counterparts, they also cast off their Christian faith along the way. Stanton even released a “Woman’s Bible,” which “emerged from [her] discontented belief that all religions taught women’s inferiority and subjection.”

Anthony and Stanton, like many of their contemporaries were clearly against abortion, which has since been embraced as a definitive “right” of women by the modern feminist platform. But there were other prominent 19th century women who were actively pro-abortion. Madame Restell, for instance, who has been hailed by modern feminists as a heroine, was the most notorious of these women and the most successful abortionist of the 19th century. Her career was littered with indictments, deaths, and schemes to get rich. Madame Restell had no medical training whatsoever and limited education in general. Her medical practice was a farce that made her infamously rich in New York City, often at the expense of troubled young women in crisis pregnancy situations.

But this dichotomy of feminism didn’t end with the 19th century. In fact, it was just beginning. At the time when the term feminism was being coined, it adopted a feminist philosophy largely influenced by Simone de Beauvoir, who taught that masculinity and femininity were social constructs with no proven connection to the male or female nature. Betty Friedan then wrote The Feminine Mystique in 1963, which made feminism not only palpable to the average American housewife, but also popular. Housewives across the country began to question their happiness and the worthiness of their role. Magazines such as Ms. and Cosmo had an enormous influence on mostly middle-class white American women to enter the workforce, pursue higher education, and embrace contraception. Single women were likewise encouraged to enjoy a healthy and fulfilling sex-life before marriage.

For all of these reasons, it’s not accurate to say that feminism has been hijacked or stolen. Feminism has always been divided between the fight for the rights of the unborn and the reproductive rights of women. It has always battled between the validity of women’s rights to be in the home and the social sphere. In a 1975 interview, Simone de Beauvoir told Betty Friedan that “No woman should be authorized to stay at home to raise her children…Women should not have that choice, precisely because if there is such a choice, too many women will make that one.” Feminism, at its core, is meant to evolve and move forward in breaking ground, on modern fronts, for women’s rights. This now looks like transgenderism, abortion-on-demand, and a culturally shared disdain for motherhood.

A key female figure I reflected on in great depth in my book was Margaret Sanger. Not only did I explore her harmful evolution as a founder and champion of contraceptives in the United States, but as well, I focused a chapter specifically on her motherhood. Sanger’s motherhood was one of the most relevant elements to my work, and certainly one of the most reflective feminist conversions in 20th century America. In her autobiography, I discovered a tortured soul who could not reconcile her love of maternity and dedication to humanity, specifically the poor (in eliminating them). Here is a section from that chapter in my book:

Margaret’s autobiography is hauntingly woven with the faint call of her absent family. Despite her clarity that her life’s purpose was owed to the betterment of humanity through birth control, Margaret nevertheless struggled with her maternal desire. Throughout her work, she periodically longed for her children, who she willingly forsook for the cause. She confided in her autobiography, “Inevitably I have been constantly torn between my compulsion to do this work and a haunting feeling that I was robbing my children of time which they were entitled.”

Margaret’s original desire for a large family and joyful home-life were often interrupted by her work. She recalled how her son Grant “whole-heartedly disapproved of [her] political activities” and often protested the Socialist meetings she left home to attend. As her birth control quest continued, Margaret spoke of how her children habitually searched for her after school, enthusiastically celebrating when they found her at home. But unable to supply them a consistent “measure of permanence,” Margaret surrendered her active physical motherhood as an unfulfilled dream.

She overlooked the frustrated remarks of allied reporters who said she should have “birth controlled” her own children. And those asking why she didn’t “stay home and spend some thought on disciplining [her] own family.” Knowing her daughter’s sad fate, I was pierced with compassion as Margaret struggled to desert her children and escape to England, writing that it was with “the faint hope that my efforts might, perhaps, make Peggy’s future easier.” Her daughter Peggy, who Margaret said was “the embodiment of all my hopes in a daughter,” lived her last two years on earth separated from her mother by an ocean’s divide.

Margaret confessed being “tempted to slip back into peaceful domesticity” as her sons passed the years in the care of her family and servants. She wrote, “For several years I hung on to this dream of being with them constantly, but it was only a dream.” Believing that fate had other plans for her, Margaret chose to “sacrifice [her] maternal feelings” for her work. When their second house burned down, Margaret sent her young boys off to boarding schools, recalling that she “thereafter could only visit them over week-ends or on the rare occasions when I was speaking in the vicinity.” She reflected, “At times the homesickness for them seemed too much to bear. . . . I wanted to be able to sink gratefully into the warmth and glow of a loving family welcome.”

Margaret took ten-year-old Grant with her to California over the winter of 1917–1918 as she wrote her book Woman and the New Race, which championed birth control as “the revolt of women against sex servitude.” It’s hard to imagine her reconnecting with her motherhood while simultaneously writing demands for voluntary motherhood, preaching the harmful effects of celibacy, and calling for a birth ban on parents with mentally or physically defective children. That summer, through her struggle to reconcile her motherhood with her contraceptive mission, Margaret concluded that “the most important force in the remaking of the world is a free motherhood.”

She then shocked America when she remarried the wealthy conservative churchman James Noah Slee in 1922, despite warning him that he “would always have to be kissing me good-by in depots or waving farewell as the gangplank went up.” But she confessed “a gathering loneliness in my life—not seeing the children except on holidays, never having time to spend with old friends or to make new ones.” She and James built a lakeside home outside New York City with an exquisite garden, treetop studio, and horse stables. Margaret remarked of her posh new lifestyle that “domesticity, which I had once so scorned, had its charms after all.”

Her motherhood and work were again put at odds in 1929 when Margaret’s son Stuart contracted a serious case of mastoiditis. Margaret left Stuart’s bedside to investigate a police raid on her clinic. She sent Stuart to the hospital for an operation and reported having “even more misgivings” upon leaving him for her scheduled lecture tour. Stuart then fractured the bone above his eye in 1933, which led to nine successive operations. Despite this, Margaret kept her plans to visit Russia but returned home when Stuart’s illness grew worse. At the doctor’s recommendation, Margaret took Stuart to Arizona in hopes that the dry climate would be healing. Margaret and Stuart lived together in Arizona for six months, causing her to reflect that “the joy of thus familiarizing myself with my grown-up son made me envy mothers who had leisure to grow along with their children or, at least, to watch them develop.”

Margaret dedicated Woman and the New Race to the memory of her own mother: “A mother who gave birth to eleven living children.” Perhaps her mother’s memory pressed her on. Margaret’s father told her early in her contraceptive fight that “your mother would have been alive today if we had known all this then.” Somehow, through her unrelenting fight for voluntary motherhood, Margaret retained her convoluted belief that motherhood “is not only the oldest but the most important profession in the world.”

Originally Posted by Theology of Home on February 04, 2021