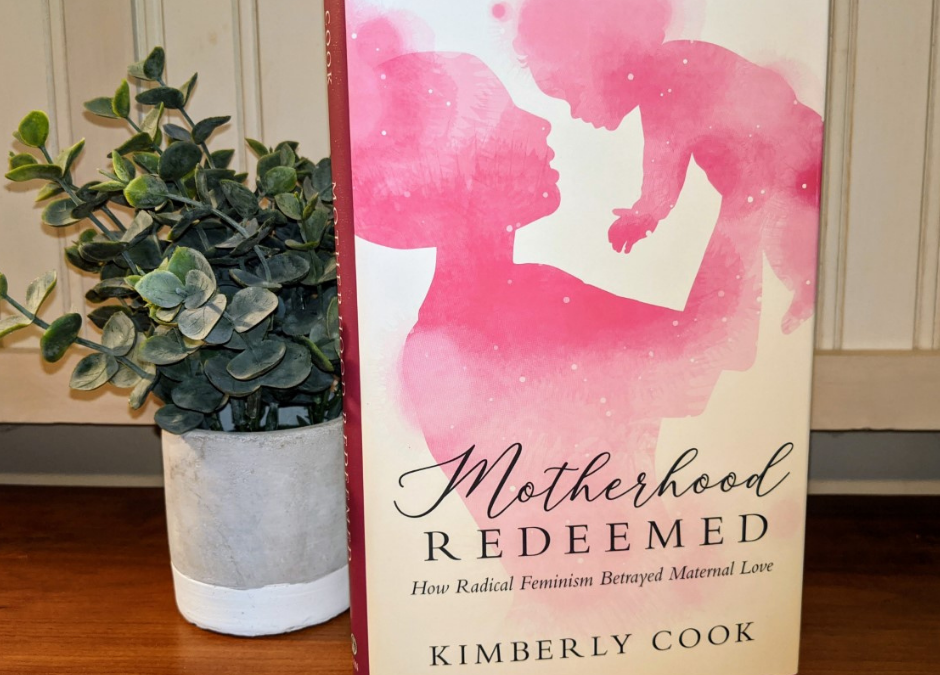 Motherhood Redeemed tells my story of being drawn into radical feminism and traveling the world with my all-girl punk band! It also gives insight into American feminist philosophies and leading feminists from the 19th-21st centuries, which has led us to the feminism of today. All of this is examined through a fair lens, but elevated by the Gospel truths and the Catholic Church!

The journey of popular podcaster Kimberly Cook was that of many directionless young women in recent decades. As her family fell away from the Catholic Church right before her critical high school years, Cook was allured by relativism and formed by pop culture. Following her artistic interests, she quickly fell in with other outcasts and was strongly influenced by the feminist movement. In her words, “I repetitively encountered the issues of reproductive rights—abortion, contraception, and fertility. During that time, the horror of being a woman was awakened in me.” She formed an all-girl punk band and eventually became a “hot-headed feminist-seeking restitution.”

In her endless search for truth, God revealed himself to her and she returned to the Church in her early twenties, still struggling to let go of the harmful feminist ideologies that had been engrained in her— especially the disdain for motherhood. “As I was blessed with children, I realized that my motherhood was the kind of beauty that was written on the face of Mother Teresa: wrinkled, imperfect, and suffering, but what really mattered was the underlying and continuous desire to serve God.”

Motherhood Redeemed is a book that challenges feminism in the modern world, while examining how we got here. It reminds us simply that the true nature of womanhood is inseparable with woman’s maternal soul, and that all women are called to be mothers in one form or another.

Through her intensely moving and intimate history, her sympathy and charity towards those leaders of the feminist movement animated by the quest for justice, and her mastery of the Church’s rich and beautiful teaching on femininity, Kimberly articulates one of the clearest and most approachable cases for embracing our authentic, unique, and irreplaceable feminine genius. Women – our families, our friends, our communities, and the world desperately need who we really are! – not who the world thinks we should be.

Kimberly Cook weaves together the highlights of women’s history with her own compelling personal story. Her narrative brings to light the strong opposition of the suffragettes to abortion and the role abortion has played in feminism throughout the ages. This book is a must-read for the current generation and political climate.

A fascinating look at the little-known stories behind feminism’s waves woven together with one woman’s journey through the movement’s empty promises. Motherhood Redeemed makes plain that the feminist cure hasn’t truly helped women. Only a true understanding of motherhood can offer us the hope, happiness, and redemption for which we all long.

Author of The Anti-Mary Exposed and Theology of Home

Motherhood Redeemed will become a potent therapy in my OBGYN medical satchel.   For many of us on both sides of this issue who have lived the lie of “our bodies, ourselves,” and want something better—something more for ourselves and our patients—Kimberly’s book helps us to make sense of our journey through love in the ruins; it helps us return, as all good medicine does, to health, happiness, home and holiness – our bodies, given up for the other.