Podcast #26: Mary Lenaburg – Be Brave In the Scared 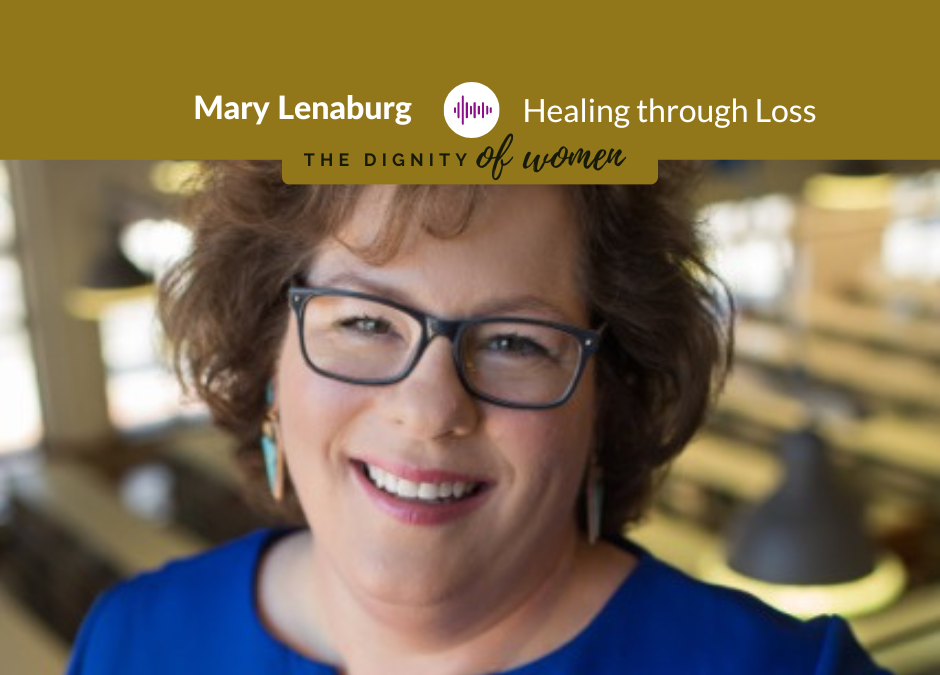 Mary Lenaburg is a writer, speaker, and woman of God who has given keynotes at conferences across the country. Mary’s book, Be Brave In the Scared rocked audiences with its candid look at overcoming pornography and food addiction in marriage as well as life with a disabled child, and the eventual loss of that child. Mary Lenaburg joins me on The Dignity of Women to share how her raw and honest testimony has drawn many to a greater healing of their own suffering. Mary and her husband, Jerry, live in Fairfax, Virginia, with their son, Jonathan. Their daughter, Courtney, passed away in 2014.

Mary Lenaburg gave birth to her son Jonathan in 1989 and her daughter Courtney in August 1992. One month later, while being baptized, Courtney had her first of many grand-mal seizures. Going from the church to the emergency room that day, Mary’s life was changed forever.

For the next 22-years, Mary and her family took a spiritual journey that led them to numerous hospitals and specialists, to Lourdes, France and finally to a home-based hospice for their daughter. Courtney Lenaburg died in her mother’s arms in December 2014, on the feast of St. John the Beloved. She is now her family’s most powerful intercessor.

Courtney’s unique ability to love without ever speaking a word taught Mary and her family that everyone has a purpose and a mission. They came to accept Courtney’s condition and her prognosis, trusting God and allowing His plan for their family to unfold.

Mary began a ministry in 2016 and travels the country speaking about God’s Redeeming love and encouraging others to embrace the story God is writing with their lives. Her witness encourages others to trust God with their own outcome and have hope in times of desolation. Mary Lenaburg’s story of trust and healing has taught countless men and women to be brave in the scared, even if they cannot see where the path leads. 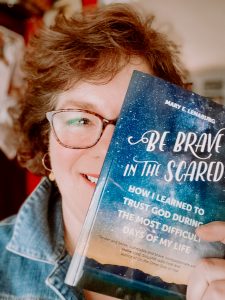 Be Brave in the Scared

When the bomb dropped that their daughter Courtney would continue to require more and more care throughout her disability, Mary and her husband Jerry both coped through addiction. She turned to overeating and Jerry turned to pornography. Mary stepped out in immense faith when she began sharing the most intimate struggles of their lives on the pages of her book.

In the podcast Mary shares the example that her father taught to her, which she says requires only being brave one breath at a time. This inspired the title of Mary’s book, Be Brave in the Scared, which is the uplifting account of human frailty (and stubbornness) surrendered to faith.” It’s the heart-rending journey of how caring for her severely disabled daughter affected Mary’s self-image, marriage, family life, and her faith.

Mary’s extraordinary story affirms that God’s redeeming love never fails and that he is there to help us through all of the challenges we encounter.