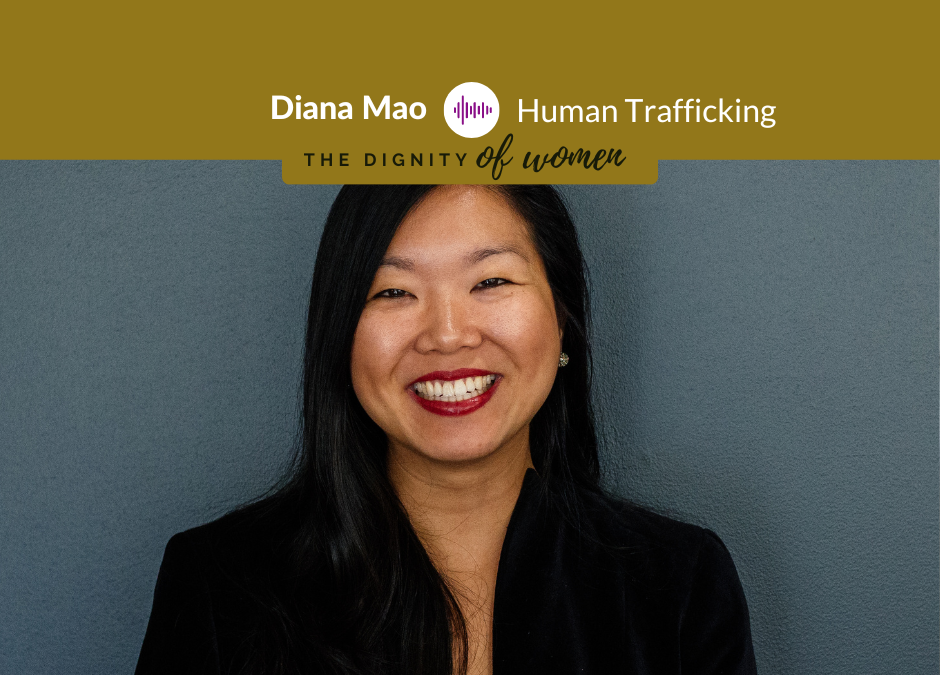 Eight year old Nomi is a survivor of human trafficking in Cambodia. When Diana Mao met Nomi at a recovery shelter, she was shocked and moved by her story.

Trafficked by her stepfather, without her mother’s disapproval, Nomi was discovered by outreach workers – CAGED. She could not speak and was biting and drooling. Brought to the shelter, where she received care and nurture, it gave Diana great hope to witness Nomi’s growth – “living up to her God-given potential.”

Diana founded the Nomi Network to share Nomi’s story and to help bring hope and healing to those recovering from human trafficking, as well as preventing and intervening for people at risk of being trafficked.

Human Trafficking spokeswoman Diana Mao joins me on this episode of The Dignity of Women podcast, addressing the reality of human trafficking and how she left the path to a successful future, moved by a personal encounter, in order to found an organization that assists survivors and women at risk of human trafficking.

Diana Mao co-founded Nomi Network after a rewarding career in economic development and management consulting. Since its inception, Diana has played an instrumental role in making Nomi Network the catalytic international organization it is today. She is responsible for the strategic direction of the organization since its founding and building Nomi Network’s Board and strategic partnerships with large corporations, funders, and investors.

A 2015 Presidential Leadership Scholar and New York Academy of Medicine Fellow, Mao earned a Bachelor of Arts degree in BusinessEconomics from the University of California, Santa Barbara, and a Master of Arts in Public Administration with a specialization in International Management from New York University.

She received the Pioneer Award from Asian Americans for Equality and New York University Recent Alumni Award for her critical work in conceiving and building Nomi Network to the powerful force it is today in the anti-human trafficking movement.”

The Nomi Network creates economic opportunities for survivors and women at risk of human trafficking.