In Five Years of Marriage 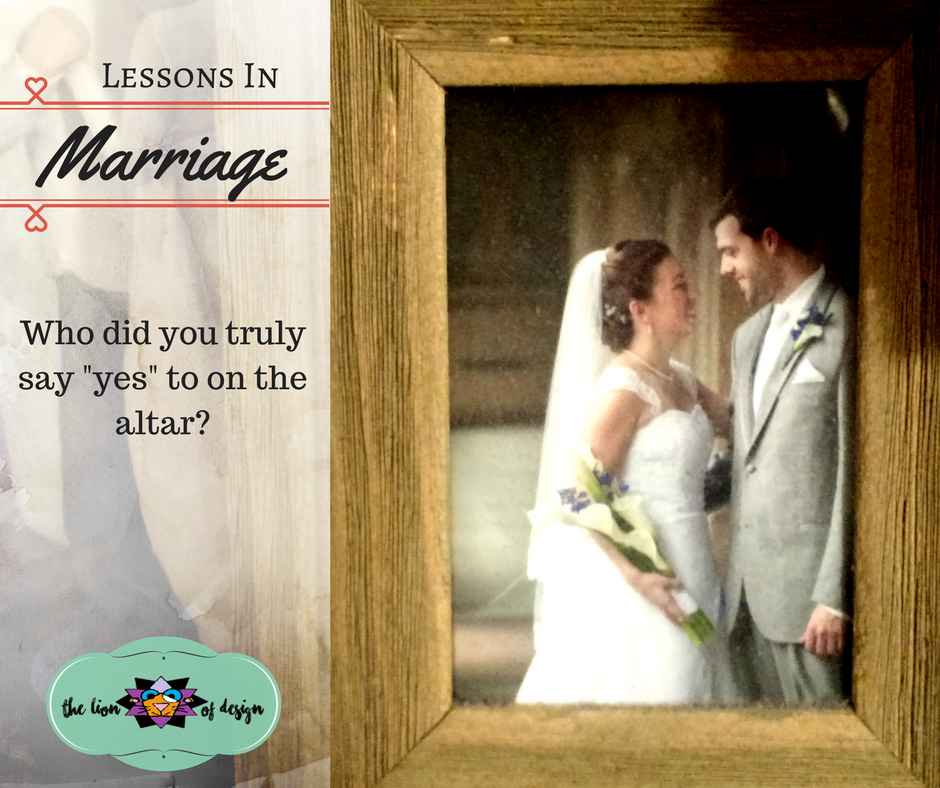 To a young single person, even from the best of families, marriage can seem like an abstract concept. Commitment has barely meant more than a few years of work or school at this point, and comparatively, a lifetime commitment is certainly daunting.

Marriage was never particularly at the top of my list, but as someone coming back into the Christian fold, after years away, I was surprised that Christian young adults were equally plagued by the same epidemic as non-Christians; resisting the vocation of marriage. Although I’m speaking specifically from my personal experience in the DC metro area, the national average age of marriage has climbed by almost a decade since 1950.

Like many young adults, I got my education, started a career, and began to establish personal and financial growth prior to marriage. And it wasn’t until the travel and other benefits of single life wore off, that I began to notice the trends and influences of media, largely dissuading marriage, and the prevalence of pornography, both of which have had an arguable contribution to the fear and delay in marriage. But I still couldn’t wrap my mind around Christians, who were surprisingly on par with the rest of the national average.

I met my husband at a Halloween party, of all places, and over time I noticed he had a unique spark, differentiating him from the group in question. Come to find out – he was a convert. He had little trouble deciding what he wanted in a future spouse, and pursuing me seemed like a natural instinct. He didn’t give in to the philosophizing and over-discernment, that had crippled many of my friends from pursuing their vocation with fervor.

And then I got it! It’s not necessarily that Christian young adults are fearful of commitment because they don’t understand it, but rather quite the opposite. Their greater education and experience, particularly in matters of faith, had led them to understand marriage in such depth, that it seemed unattainable. Failing at such a great commission had become less desirable than abstaining.

This blew my mind, as I couldn’t imagine sitting on the bench when you had a chance to play the game (although I understand the hesitation.) Sure, you don’t know what’s down the road, but that’s really life in general.

What I’ve learned in my five years of marriage, is that marriage is a beautiful way to lay my life down for the Lord, over and over again. He is the one I truly said “yes” to on that altar, after all. Like everything, experience often teaches us more than we could ever learn through books or analyzing. In marriage, we experience real living! For instance, I could have spent years getting to know my husband through and through, pulling apart every molecule about him, and still, I wouldn’t have known what grace could do to transform he and I in marriage. This is where trust in the Lord comes in. Led by love, at some point, we are called to take a leap of faith.

When I encounter the face of my beloved, whether in a conversation, an argument, or even catching a glimpse of him in the gaze of our children, the love there is authentic and unrepeatable. Those silly little people we brought into this world together, would never have existed if not for our love and our marriage. It’s amazing to think that through us, something uniquely eternal has been born.

I have learned that the heart grows immensely, through care and gratitude, as years of patient endurance pass, bearing with one another’s faults, and sharpening one another for heaven. Yes, we have certainly become more messy and disorganized than when we started out! At times we don’t know if we’re coming or going, and one has to pick up the slack for the other, when an overwhelming week turns a brain into Swiss cheese. There is also discouragement, because we don’t have the solitude we once had, in maintaining personal peace and seeking the face of the Lord. But the gift comes in fighting for the peace and solitude of the other. Suddenly, his peace is just as worthy the fight as mine, and his relationship with God is no longer his, because it benefits our whole family. 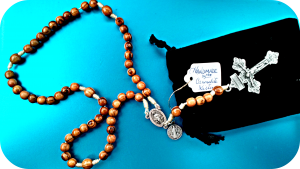 What I have learned, through this small community of love we call a family and a household, is that I must encounter love and life head-on, in order to fully experience and understand it. God calls us to take that next step on the altar, and each day following. We don’t know what’s to come, but we know the Lord desires all things for our good. And the Lord’s good is certainly worth holding onto. He calls us to give ourselves, through our vocation of love in this lifetime, ultimately giving ourselves to him. My marriage is a sanctuary, a quiet retreat from the world, where I am fortified and renewed. I’m thankful to be married to a man who continues to pursue both me and the Lord daily, and lays his life down, whenever it’s asked of him. There is a beauty in figuring this thing out together, through the water and the weeds, holding your hand!