Irene Fedoryka, a Musician, Mother of Ten and Icon of Self-Giving 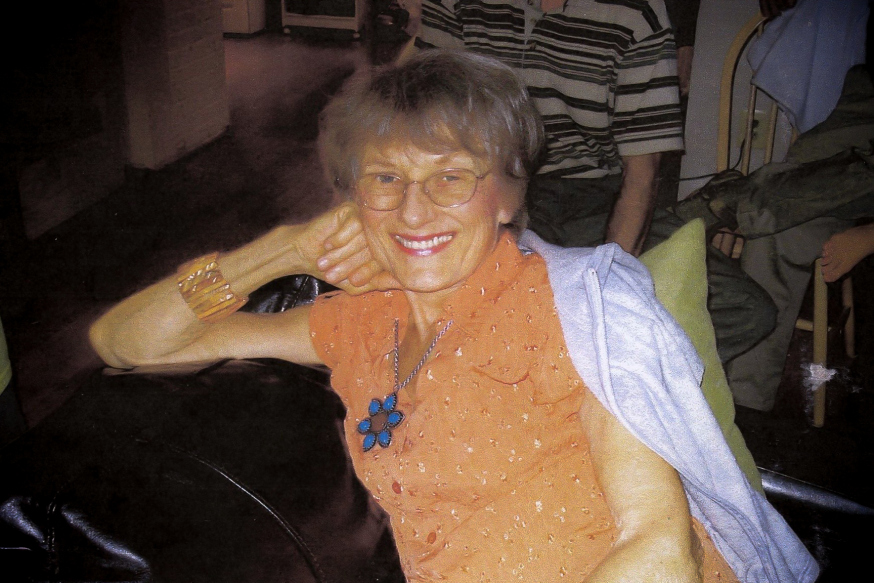 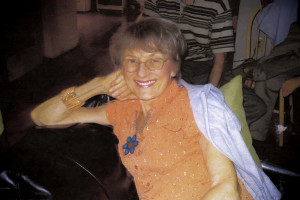 I am so happy to introduce you to an amazing lady, who I never had the pleasure of meeting in this lifetime, but in true testimony to the divine connection of heaven and earth; through the Church, I have come to know Irene quite well!

If you have ever found yourself bouncing without a care in the world to the fun and energetic Celtic rock music of the band Scythian, in a crowded bar, arena, then you might have an idea of what I am talking about in the article’s introduction. If not, I recommend a fun date night of dancing the night away in your near future!

Never have I had an experience quite like this one; in which someone I have never met (other than a recognized saint) has had such an impact on me, and a continuing relationship at that. Irene’s story continues to impact me, challenge me, and I have truly found her interceding for me as well! On top of all this, after months of working the story out for publication, it was finally published today; January, 19. After it appeared in Aleteia, I was contacted by Irene’s son, asking if I had planned the date of publication for Irene’s birthday.

I couldn’t believe it, but sure enough, January 19 is her birthday! Wow, Irene, you just continue to be full of surprises. I am now so thankful for the article getting held off until today. I brought this to you in prayer many times, with confidence that you would find a place for it at the perfect moment. I had no idea I would see the “perfect moment” so clearly realized, well…at least not in this lifetime.

Here is my interview with Aleteia:

Irene Fedoryka, a Musician, Mother of Ten and Icon of Self-Giving

Aleteia: How was your curiosity initially piqued by Irene Fedoryka?

It was at the Appaloosa Festival in Virginia’s Shenandoah Valley, watching the band Scythian play their children’s set. I had watched brothers Alexander and Danylo Fedoryka perform with lifelong friend Josef Crosby and other siblings many times before. I was enchanted by their incredible collective musical talents, which were somehow overshadowed only by their spirit. Eventually I started to ask, “Who raised these people?”

Every mom wants what Irene Fedoryka had in her children; faithfulness, dedication, talent, humility, compassion, kindness. As I watched these very successful musicians perform for a small crowd of little children, I could tell they gave just as much of themselves to the children as they would to a packed arena of paying adults. I flipped open the Fedoryka’s children’s album, Cake for Dinner, and there I found my answer. The inside dedication read: “With heartfelt thanks to God, to our mother, Irene, who sacrificed everything in giving us the gift of music, therein giving us the greatest music lesson of all …”

And upon researching her, what did you find?

Irene was a woman with an “awesome childlike faith.” Not only a devotee of St. Therese, but a woman who took up her cross and lived with great joy. A Juilliard pianist who surrendered her career to become a home-schooling mother of 10, she was fueled with saintly sacrifice. A determined and persistent mother, quietly in the background of a household bursting with talent and theological gifts.

Ukrainian immigrants, Irene and her future husband, Damian Fedoryka, came to the U.S. as children. Irene’s family arrived in New York with possessions amounting to one dollar. Irene’s devotion to the Blessed Mother was constantly strengthened throughout her life, as she found Mary to be always interceding for her. The first experience Irene had of this was through an attempted abduction, which was unsuccessful due only to divine intercession. After moving to Cambridge, her family ended up in a Ukrainian “ghetto” in Philadelphia. It was there that Irene’s father managed to get her a piano and her first lessons.

Damian’s family settled in New Jersey, where he earned a full scholarship to Regis High School. God briefly brought the two together at a Ukrainian scout camp. Irene remembered, “My summers were spent in East Chatam, N.Y. It was there in 1955 that I met a boy of 15 — Damian Fedoryka — not to meet him again until 10 years later when he became my destiny.”

For the next 10 years Irene immersed herself in music. She entered Juilliard, studying under masters while working at the Met. It was then that the Blessed Mother again intervened in Irene’s life, saving her from death in a tragic car accident. As Irene returned to her fast-paced lifestyle, she heard an inner whispering of divine words: “For what shall it profit a man if he shall gain the whole world, and lose his own soul?” The words were continually whispered to her, until being so moved, she quit her career as an elite pianist.

Shortly thereafter, God brought Damian Fedoryka back into her life. Damian had been studying in Belgium before returning to the States and enlisting in the army. After only one date with Irene, Damian resigned from the army and the two were married in 1966. After completing a doctorate at the University of Salzburg, Damian Fedoryka became a personal student of renowned philosopher Dietrich von Hildebrand.

From 1967 to 1981, the couple welcomed 10 children. During this time, Irene established a household that centralized faith, music and a depth of love.