God vs. Government on Marriage 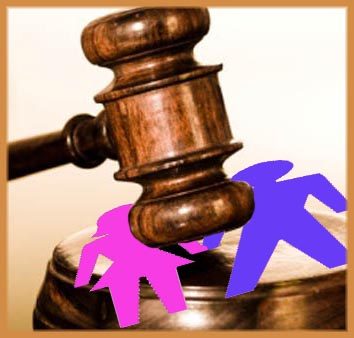 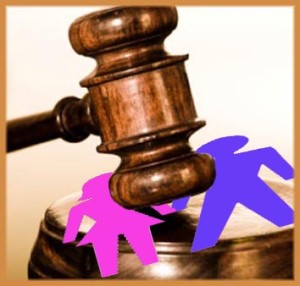 As the world continues spinning, we must always remember, we are not made for this world.

Governing bodies make decisions, laws are instituted, wars are waged. We march into battle to escape an oppressive regime, then slowly create one for ourselves, constantly changing back and forth, in a majority rule power clash.

Divorce, homosexuality, birth control, abortion. To those who promote these landmark rights as progress, the government gets a pat on the back. Contrarily, those who mourn these social elements as the erosion of culture, long for the past. Reality check; we are neither progressing, nor regressing. We are circling around again and again. A people constantly searching for meaning, encountering evils, and longing for love. Nothing is new under the sun, and all of these societal changes have been enacted before. In the words of G.K. Chesterton, “Progress should mean that we are always changing the world to fit the vision, instead we are always changing the vision.”

The vision has certainly changed again and again. Recently, in the American headlines, progress has meant challenging the definition of marriage and the definition of what it means to be an actual man or woman intrinsically.

Change as they may in verbiage or law, the truth of essence and nature, however shadowy they may become, perpetually remain. Each man and woman is a unrepeatable creation, intentionally formed, and eternally destined. Despite the surgical and hormonal manipulation of physical parts, the nature of the person remains. Just as a human being cannot change their species, so they also cannot change the nature of their personhood. Socially, we may alter personal pronouns and outward appearance, but ultimately our true nature remains unchanged.

As well with marriage, no law or order can change the true nature of the sacrament. No desire of the will, good intention, or strong-arm of the law can effect any change whatsoever in the unchangeable nature of marriage. This is because “God himself is the author of marriage” (GS 48 § 1.)

The vocation to marriage is written in the very nature of man and woman as they came from the hand of the Creator. Marriage is not a purely human institution despite the many variations it may have undergone through the centuries in different cultures, social structures, and spiritual attitudes. These differences should not cause us to forget its common and permanent characteristics. Although the dignity of this institution is not transparent everywhere with the same clarity, some sense of the greatness of the matrimonial union exists in all cultures. (CCC 1603)

This is so, because the man and woman, whom God has joined together and no man can separate, “are no longer two, but one flesh.” Two very important elements are derived from this. First, Christ is the source of this supernatural union and therefore of its sacramental grace. Second, the purpose of this formation of one heart and soul, is to “help one another attain holiness” (CCC 1641.) This is Christian marriage.

The political and social definition of marriage may change with each season, regime, dictator, or world order, but God never changes. His words are consistent and clear.

A recent article in TIME, written by a homosexual man, stated that after the Supreme Court ruling “a marriage with my boyfriend in New York would be just the same as my brother’s” heterosexual marriage. This is socially true, if his brother was married by a justice of the peace officiate. Both contracts would be recognized as socially equal, and enjoy equal rights and benefits under the law.

“The government should not prevent people from making contracts but that does not mean that the government must confer a special imprimatur upon a new definition of marriage.” ~Sen. Rand Paul

The equality of the union would not remain spiritually equal however, if the brother’s marriage had been elevated to the dignity of a sacrament, by a holy covenant between a baptized man and woman. It is not possible for the true equality to remain on any higher level than the social and cultural plane.

Perhaps that is enough for some. Others will struggle with the spiritually indelible truth of marriage in the eyes of God. The battle lines will be drawn on these definitions, and the battle cries for equality will clash. Christians will teach their children the Biblical truth, censor sex ed., and support those churches refusing to participate in same-sex marriages. Non-Christian and secular Christians alike will push for mandates, non-exemptions, and further penalties of law violations.

Despite the continual evolution of a governmental rule, under a majority of socially formed masses, remains the truth…that wisdom comes from the Lord.