Christ in the Holocaust 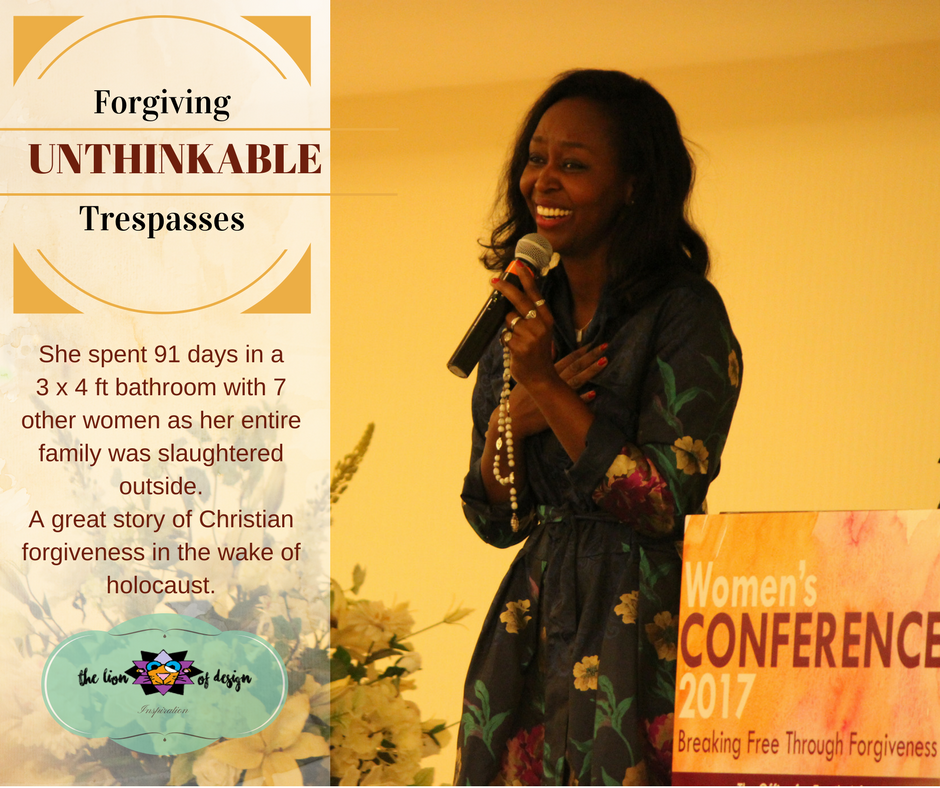 The last memory Immaculée Ilibagiza has of her father is him approaching her somberly, placing his rosary tightly in her hand, and instructing her to go to a local pastor’s house to seek shelter for her life. It was 1994 and the holocaust in Rwanda was beginning. Tensions between the Tutsi and Hutu tribes had been increasing since 1990 and culminated when an airplane carrying the Rwandan and Burundian presidents was shot down. During the next 100 days, the Hutu majority government took over the country, polluting the airwaves with hate speech, and promoting the killing of more than 800,000 Rwandans – 70% of the Tutsi population.

Immaculée was home from her University by special request of her parents for the Easter break. She came home out of obedience and credits the fourth commandment with saving her life that first time, as all 900 students who stayed behind were murdered.

Suddenly, by the look in her father’s eyes as he handed her his rosary, she knew things would never be the same. Tutsi friends and neighbors began gathering to pray and ask the Lord’s forgiveness in their final confessions. They were preparing for what they knew would be a brutal end. Immaculée didn’t want to leave her family, but again out of obedience she made her way to pastor Murinzi’s house, whom they could trust despite being a Hutu.

It’s amazing how perspective can change during life-altering events. Immaculée was hidden in a 3x4ft bathroom in the pastor’s house, at first complaining about not being able to stretch her legs. Hours later, 5 other women were brought in, and finally 2 more. For the next 91 days Immaculée and the seven other women (ages 7-55) remained completely silent in the small confines of the bathroom, hidden by a wardrobe in the pastor’s house. The 115-pound young woman who walked into the bathroom at the command of her father on that April day experienced fear, horror, and starvation – emerging a mere 65 pounds three months later.

But there was something far greater and even miraculous that occurred within Immaculée during her time in that bathroom. In the dreadful confines of that small space, she came to truly know God and Our Lady, and to experience intercessions as she never had before.

This certainly didn’t happen all at once. At first she came dangerously close to being swallowed by the obsessive sickness of hatred and revenge, as she one-by-one discovered the brutality and torturous murders of her parents and two brothers, as well as almost everyone she knew on the other side of that bathroom. These executions were often cruelly carried out by machete at the hands of neighbors and friends whose minds had been darkened by the propaganda.

As Immaculée and the other women listened to the radio broadcast from the room outside, she was devastated as the jarring voice of a well-known minister with his PhD came across the airwaves: “Don’t forget the children and elderly. A child of a cockroach is still a cockroach.” Prizes were offered for killing large numbers of Tutsis, and Immaculée’s faith in humanity barely had a pulse as evil become suffocating.

Those long and torturous hours of silence, anticipating her own discovery and death, led Immaculée to seek God in her heart with desperation. She reflected on the Marian apparitions happening for years in Kibeho near her school, in which the motherly image warned of the massacre, asking for repentance, peace, and the welcoming back of refugees. Our Lady of Kibeho would stay with the visionaries for 5-8 hours, engaging in culturally familiar practices, including asking the children to dance and dancing herself. Immaculée remembered the Blessed Mother’s words spoken to the visionaries: “Any child who cries to me, I will get to heaven.”

A killing mob of 300-400 Hutu finally descended upon the tiny home of pastor Murinzi, violently tearing it apart. Immaculée underwent temptation by a voice of pride that told her to open the door rather than let herself be found hiding. Thankfully, a more powerful voice broke through, imploring her to ask God for a sign before she lose hope, recalling an image of Daniel in the lion’s den.

Immaculée cried out to God in her heart, begging him to give her an impossible sign – somehow hide the bathroom from the killers. After this prayer she fainted, only to wake 5 hours later as pastor Murinzi opened the door. He recounted how a killer had his hand on the door handle but turned away and the mob left. In that moment, Immaculée was confirmed in her absolute assurance that God heard her.

She asked the pastor for a bible, but had to close it often when it spoke of forgiveness. She began filling her time with 27 rosaries and 14 divine mercy chaplets a day, recalling, “The first time I said the rosary, I moved from a place of hell to a place of air. For the first time I had peace for those 20 minutes.” Yet, just as the problematic verses of the bible, Immaculée had to leave out the line in the Our Father about forgiving trespasses.

This went on for some time until it began to bother her. Gently the Father showed her that his prayer was uneditable. Using the image of her own father and three brothers, she began to understand that her father wouldn’t stop being father to his child who embraced evil. In fact, he would suffer more for him. This unlocked the true meaning of surrender.

Suddenly a large stone was lifted from Immaculée’s shoulders and as she meditated on the cross and death of Jesus. From his excruciating torture and pain Jesus cried out for the Father to forgive his killers because of their ignorance. This penetrated her heart as she heard, “Protect yourself from the evil that has overtaken them. They know not what they do.” If she lived through this, she wanted to be like Jesus and the saints, not to become a killer seeking revenge. She wanted to bring more peace and love to the world, not one more killer.

“When I felt this, I knew my heart was free.” 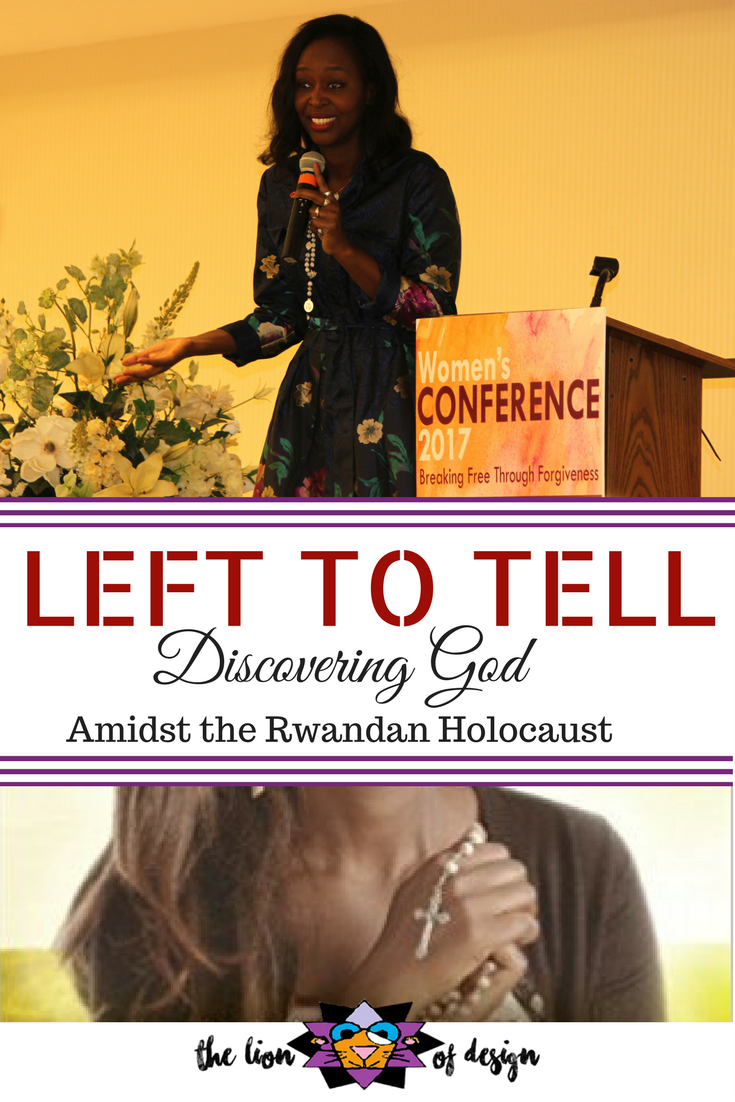 When Immaculée finally emerged from the bathroom under the protection of French soldiers who took the women to a refugee camp, she oddly reflected on how she would never have the opportunity again to pray like she had in that bathroom. Under divine protection she somehow made it to Kigali, got a job at the UN, and volunteered at the Kigali orphanage. A year after the genocide Immaculée was able to reunite with her one living brother who had been studying out of the country. As the years passed Immaculée met a man named Bryan at the UN, whom she married and they have two children.

When at last Immaculée met the man, at one time a family friend, who had butchered her mother and brother, all that God had been preparing in her heart was put to the test. Immaculée wept at the terrible sight of the suffering man, ruined by evil and tormented by regret. She reached out and forgave him, invoking great anger in the prison master who had arranged the meeting. When the prison master demanded how and why she forgave, Immaculée answered, “Forgiveness is all I have to offer.”

Through sharing her incredible journey of forgiveness, Immaculée Ilibagiza has helped many others become free. She shares the power of the 7 sorrows rosary and hopes to encourage others to love God.

“My prayer is that the grace of God that touched me, will touch you.” 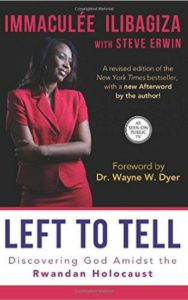 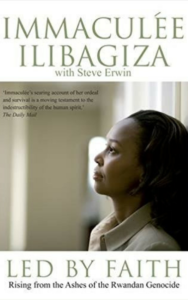 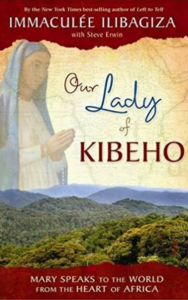 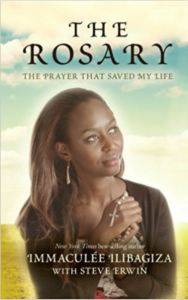