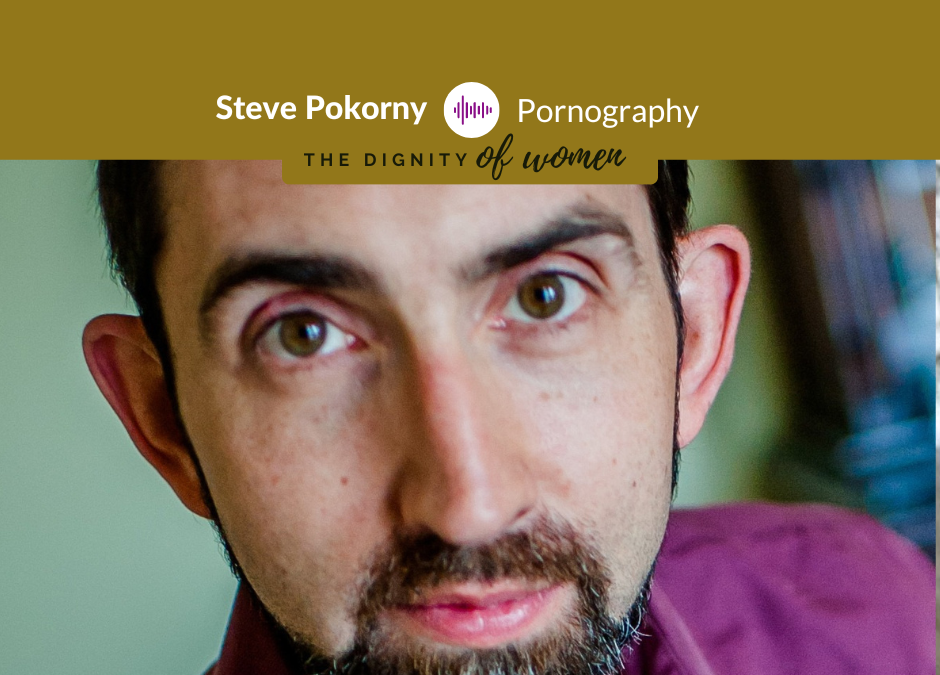 Pornography is an intentional depiction – either visual, written, or oral – that explicitly attempts to make a person use another human being as means of their own selfish sexual gratification.”

Steve Pokorny joins me on this episode of The Dignity of Women. Steve is the founder of Freedom Coaching, a one-on-one mentoring system designed to break the attraction to pornified images. After struggling with this compulsion for more than 12 years, by the grace of God he was set free. Now Steve Pokorny helps others to embrace their true identity as beloved sons and daughter of God and to live as a gift for others.

Pornography is changing everything. The way men view women, the way women view themselves, the relationship between spouses, the popular understanding of love and sexuality – all of these have become skewed to a tremendous degree because of the pervasiveness of pornography. We are losing the ability to interact with one another in a healthy manner, and the effects are palpable.”

A person who does not know love cannot give love.”