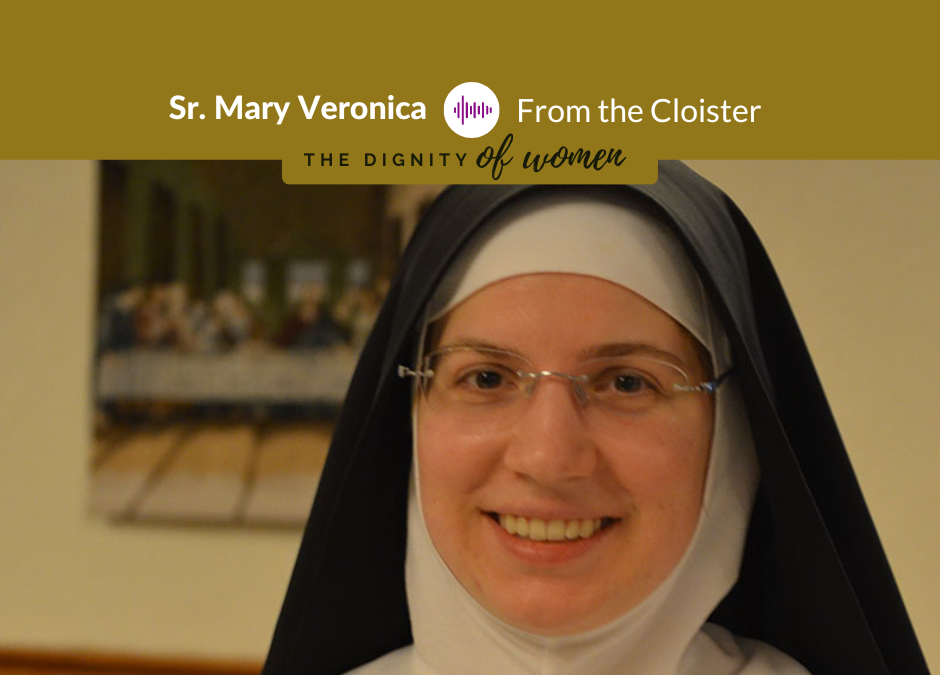 It always seems to surprise people in modern society that the Church is still receiving vocations, and that God is still calling young men and women to give their lives to Him as priest or religious sister. Beyond that surprise however, lies a much greater awe – the embrace of some men and women to the life of a cloistered monk or nun. Sr. Mary Veronica joins me on this episode of The Dignity of Women to share what life in like from inside the cloister, and how a well educated and intelligent young woman with everything going for her chose such a life for Christ.

Sr. Mary Veronica entered the Monastery of Our Lady of the Rosary in Summit, NJ as a cloistered Dominican nun in 2010. She had previously graduated with a Political Science and German degree from American University in Washington, DC.

From there, Sr. Mary Veronica worked for one year as a market research analyst before pursuing religious life and entering the convent. Her main activities in the cloister community now revolve around a common life of prayer, work, and study – shared by the Dominican nuns.

And did I mention that I was Sister’s campus minister during her college years at American University? Sr. Mary Veronica was one of my most dedicated students, and I could always count on her to help with every retreat or event in our Catholic community. She went with me on pilgrimage to Rome and on mission to Belize.

I guess you could say that there was just something very special about Veronica – as we knew her then. She was extremely witty and had a quick dry humor that could catch you off your guard if your brain wasn’t constantly working and filled with endless jeopardy knowledge.

Veronica could easily fit in on the DC subway, the busy streets of Rome, and behind the walls of the monastery cloister. The beauty of her nature was her simple love of Jesus and her ease in all things due to her confidence in that. She would have been a great biological mother, and is sure to be a powerful spiritual mother.

Sr. Mary Veronica will tell you that there was nothing else but this (religious life) for her, and she continued to hear that calling in little ways since her childhood.

“If you are what you should be, you will set the whole world on fire!”

It might not seem likely to many of us that by giving all of ourselves to God – in hiding ourselves away in a monastery dedicated to prayer, we would be setting the world on fire. But that’s exactly what St. Catherine of Siena taught and how she lived her life; a life largely consumed by prayer.

And despite an active youth and intense study at a progressive college, Sr. Mary Veronica continued to be drawn to the silence of prayer and study lived by the Dominicans, and particularly to those Dominicans detached from the world in a life of cloister. 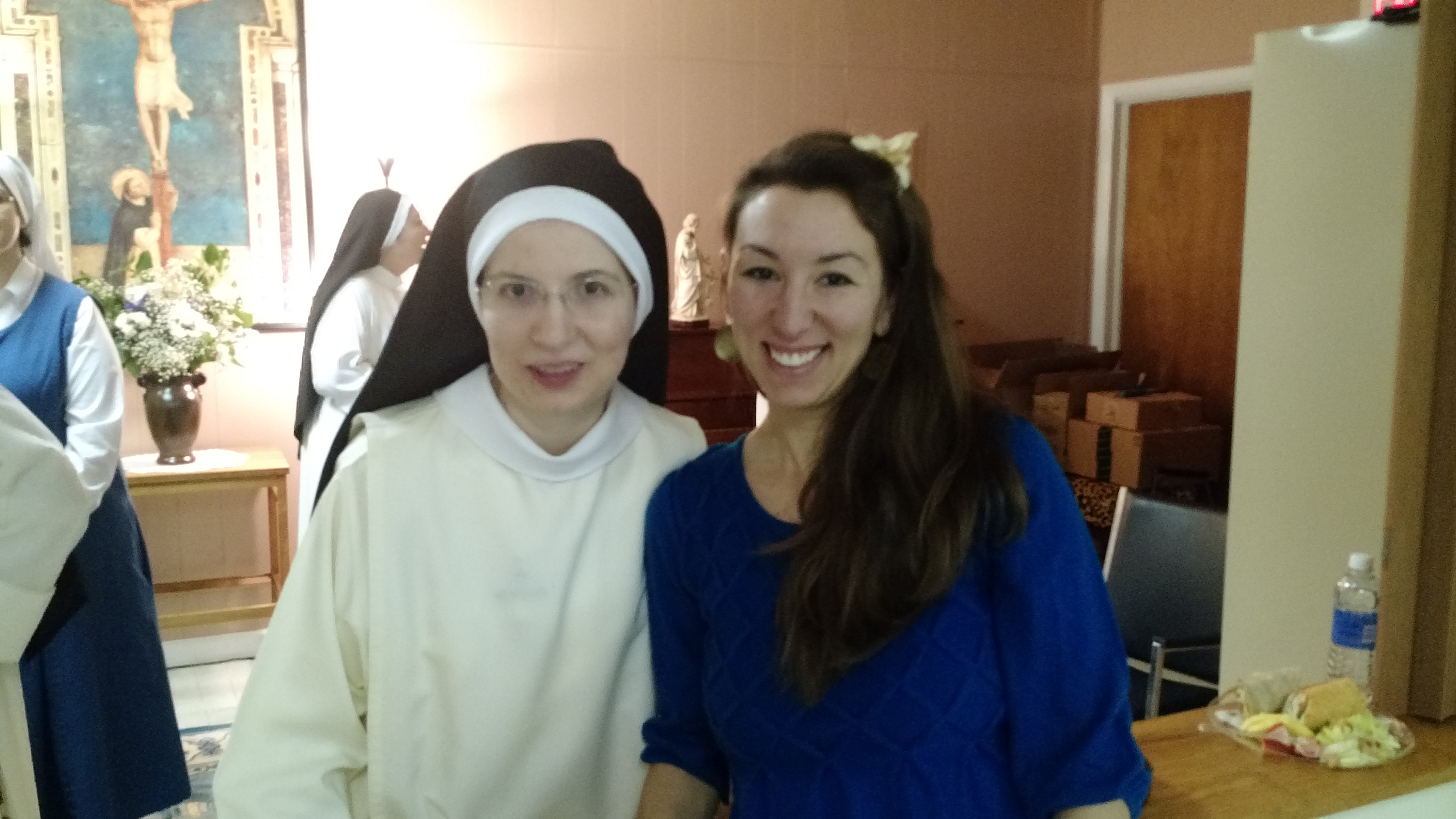 Visiting Sr. Mary Veronica for her final vows! We are in the guest room (notice a wall separating us that is about waist high).