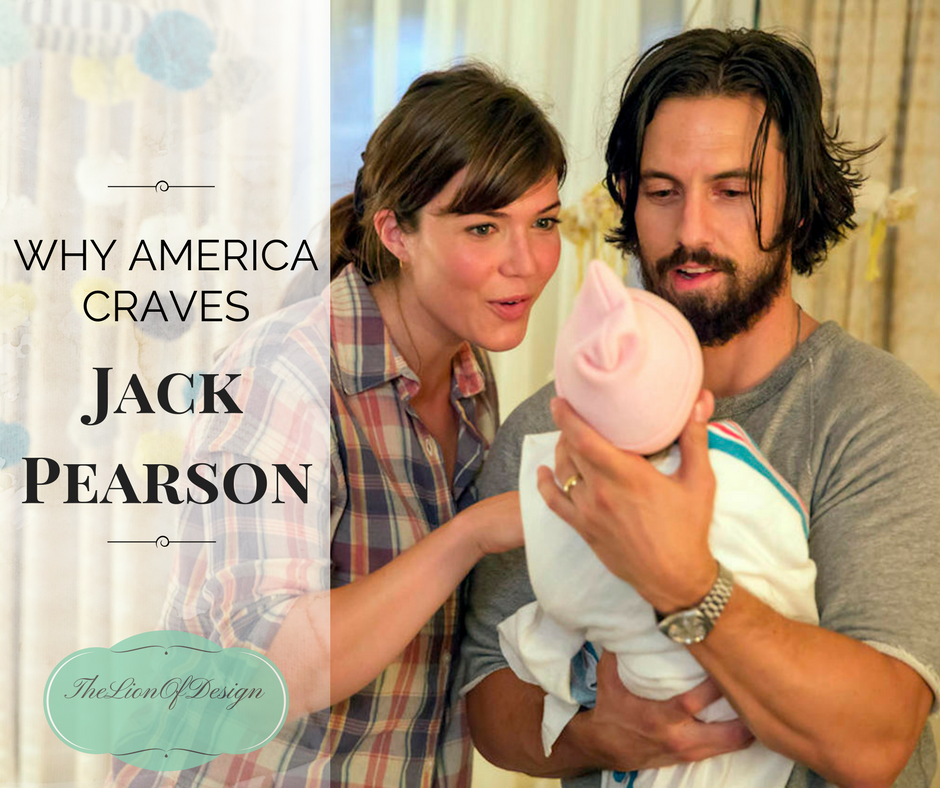 Despite not having a good paternal role model himself, NBC‘s Jack Pearson overcomes the obstacles of his past to win every heart in his role as husband and father extraordinaire on the new drama series This Is Us.

Jack is loving and kind, quiet and hardworking. He gives all to his young bride Rebecca, and desperately desires children, even though Rebecca is not sold on the idea. Jack is the kind of man who works extra hours, sells his beloved Chevy Chevelle, and even humbles himself before his condescending father when times get tough and money is short. Ultimately, Jack Pearson embodies the sentiment of always doing the right thing.

Americans have found that we have long tired of the modern television buffoons masquerading as men, almost inescapably cast in every husband and father role. Men who dread commitment, feel stifled by marriage and tempted by lifestyles lacking virtue or accountability, and often burdened by the many demands of children and family life. These men elicit constant laughter through their prepubecent behavior; comprised of simplistic reasoning and the overarching desire to avoid guilt and punishment at all costs.

Finally, the laughter machine has been given a break! Surely there are many comical gestures and story lines in the show, as well as morally compromised plots. Yet, the undeniably heroic character that holds the fabric of the family together even after his death, is dear old dad. A rare breath of fresh air from the actual as well as scripted male prototype we have come to accept over the years.

When Jack and Rebecca finally do get pregnant and race to the hospital as excited and expectant parents of triplets, they are both devastated by the loss of one of the babies. Jack’s deep insightful nature opens him to be touched by a conversation with the delivery doctor, encouraging him to allow good to come from the bad. This coupled with the fateful circumstance of an orphaned baby being brought to the hospital on that day convinces Jack to petition Rebecca to adopt the orphan. Despite the fact that it is the 70’s and the orphaned boy is black, Jack and Rebecca adopt and come to love him as their third triplet.

Times get tougher; finances are stretched, family life and marriage become routine, temptations creep in. Yet, through it all Jack Pearson’s character stands the test of time despite constant pressure. He accepts the dreaded stuffy office job that pays the bills, he makes it a priority to be present at both boys games after hard days at work, and he even Vogues with his daughter when she is abandoned at her 10-year-old Madonna birthday party.

Further demonstrative of his character, it’s Jack who is most strongly affected when his best friend Miguel and his wife announce they are getting a divorce. In fact, Jack angrily confronts Miguel about the nature of his abandonment, and after taking to heart how important demonstrating his love for his own wife is, he plans a getaway night at their first apartment to remind themselves of the newlyweds who fell in love originally.

Jack is the kind of television role model we certainly crave more of. Every woman finds that she wants the kind of husband who chooses her over friends and golf games, even on her most hormonal days. Every child wants to be independently respected and valued in the way that Jack loves his children. Every man aspires to make the best for his family, out of even the worst situations, and to be admired, respected, and loved as a victor of virtue. Jack Pearson has graciously surpassed modern day television expectations, thus far accomplishing the portrayal of the delicate balance of fatherhood – the compassionate and gentle rock, whose ethically virtuous spirit lives on endlessly in his children.