Who Was Irene Fedoryka? 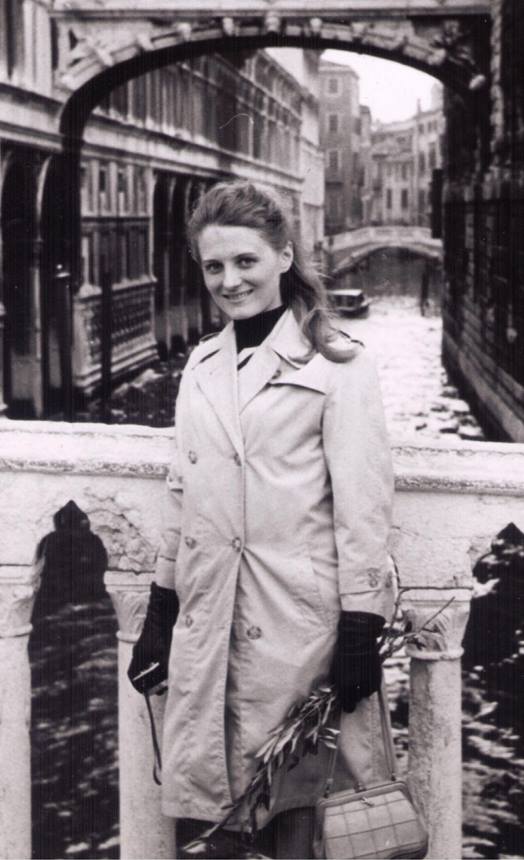 Perhaps you read the Aleteia interview, perhaps you knew her for yourself. Whatever your interest or connection, here is the full story!

A Juilliard pianist who knew Shinichi Suzuki (inventor of the famous Suzuki method) personally, married to one of Dietrich von Hildebrand’s three disciples, homeschooling mother of ten children, including the two frontmen of the well-known Celtic rock band Scythian, and above all; woman of God devoted to Our Lady! How was this saintly woman, heavenly musician, and persistent mother able to foster in all ten of her children, a devoted love of the Catholic church and a heartfelt love for the language of music? What fueled her many years of sacrifice, quietly in the background of a household bursting forth with talent and theological gifts? I had to know, and I found these answers in her son, Danylo.

“You will know them by their fruits,” a well-used verse from the Gospel of Matthew crossed my mind as I watched brothers Alexander and Danylo Fedoryka perform on stage with lifelong friend Josef Crosby. Their incredible collective talent on fiddle, bass, vocals, guitar, and accordion is somehow overshadowed only by their spirit. The joyful draw that these young men exude communicates to their audience through the unspoken language of music, and reaches a depth far beyond the ears. The three Franciscan University grads have been performing together for years, often with sisters Larissa and Melanie Fedoryka as well. Standing in the large and enthusiastic crowds the band draws, I have quite often found myself enchanted by their unique spirit and demeanor. And yet, it is when I became a mother myself that I had to ask the question, “Who raised these people?”

Every mom wants what Irene Fedoryka had in her children; faithfulness, dedication, talent, humility, compassion, kindness, and the list goes on and on. When our family picked up the Fedoryka’s children’s album; cake for dinner, at a music festival, the inside dedication to a sacrificial supermom was the pinnacle of curiosity for me.

“With heartfelt thanks to God, to our mother Irene, who sacrificed everything in giving us the gift of music, therein giving us the greatest music lesson of all…” I reached out to guitarist, vocalist, accordionist, and eighth child of Irene and Damian Fedoryka.

Danylo, who spent a year in seminary before joining his brother Lex on what has become a ten-year adventure, says “Music is who I am, it is a calling.” The brothers started playing their instruments, true to the Suzuki method, at the age of three, and cannot remember their lives without music. In fact, for the Fedorykas, there was music even in the womb. Their mother Irene chose a special song for each of her ten children, and she would play and sing it regularly throughout her nine months of pregnancy, as a special bonding mechanism from the heart of a musician. Mozart’s Clarinet Quintet was her song for Dan.

Irene was a woman with an “awesome child-like faith.” Not only a student of St. Therese, but a woman who lived the teachings of taking up one’s cross, and doing all things with great joy. Ukranian immigrants, Irene and Damian came to the US as children. When Irene’s family arrived in the New York Harbor from Korshyliwka, their possessions amounted to one dollar in US currency. One event during those months in NY’s lower East side forever stuck out in her mind. It was May of 1948 and a “toothless derelict” attempted to abduct her. Irene believed it was only through the Blessed Mother’s intercession that she was rescued. Her family moved to Cambridge MA, where her father began work as a veterinarian, eventually ending up in a Ukranian “ghetto” in Philadelphia. It was there that Irene’s father managed to save enough money to get her a piano and begin lessons, thus aiding her love of music and giving her first lesson in providence.

Damian’s family settled with immigrants in New Jersey, where he devoted his time to his studies, eventually earning a full scholarship to Regis High School in New York. God briefly brought the two into one another’s lives in their youth, at a Ukranian scout camp. Irene remembered, “My summers were spent in East Chatam NY. It was there in 1955 that I met a boy of fifteen – Damian Fedoryka – not to meet him again until ten years later when he became my destiny.”

For the next ten years, Irene immersed herself in music. She entered The Juilliard School of Music in NY in 1959, which was the most prestigious school of music in the world. She studied under Oleg Musychenko and Leonard Bernstein while working at the Metropolitan Museum of Art, and felt that she was “on top of the world.”

It was then that the Blessed Mother again intervened in Irene’s life. She and her cousin George were driving in his VW Bug, when the car went out of control. It rolled four times and Irene and George were thrown into the passing lane during rush hour traffic on the Queen Elizabeth Highway in Canada. The newspaper headline read, ‘Miracle They Lived.’ As Irene returned to her fast paced NY lifestyle, among the best and most successful musicians, she began to hear an inner whispering of divine words. “For what shall it profit a man, if he shall gain the whole world, and lose his own soul?” She continued to hear these words from Mark’s Gospel whispered in her inmost being, until being so moved, Irene finally deciding to quit her career as a solo pianist among the elite.

Shortly thereafter, God brought Damian Fedoryka back into her life. Damian had been studying in Louvain Belgium before returning to the states and enlisting in the Army. After going on only one date with Irene, Damian resigned from the Army in order to pursue marriage with her. He continued his graduate studies in philosophy at Fordham University and the two were married in 1966. After completing a doctorate at the University of Salzburg in Austria, Dr. Damian Fedoryka along with colleagues and friends; Dr. John Crosby and Dr. Josef Seifert, became personal students of renowned philosopher; Dietrich von Hildebrand. As Crosby put it, “[Hildebrand] introduced me to the works of art that he loved most, and he shared with me many things from his own life. Above all, he shared his ardent Catholic faith with me.”

From 1967, when the couple welcomed their first child Katerina, until 1981, when they welcomed their tenth, the Fedorykas’ wanderings took them through Salzburg, Austria; Narragansett, RI; Dallas, TX; St. Louis, MO; Front Royal, VA; Gaming, Austria and Ann Arbor, Michigan. During those years, faith and music were always central. Irene, who Danylo says had such a delicate and beautiful soul, taught the children that music was a direct path to God. Irene believed that it was through beauty that God is able to access our hearts. 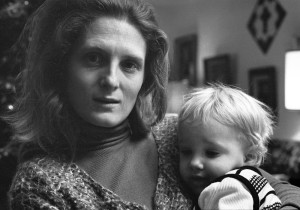 For Danylo and his siblings, the discipline of music formed them and their faith life. It taught them the ability to stay motivated, persevere, and challenge themselves. For Dan, who has no memory of not playing and performing in the family band, music became a part of who he is. Each child who played a non-string instrument was required one hour of practice a day, and those who chose a stringed instrument were required two hours of daily practice! At one point in the family “everyone in every room was practicing.” One of the greatest virtues Dan learned through this amount of discipline, was character formation. Irene used to aid the children’s character formation by showing old movies often in the home, pointing out exemplary virtues in the characters. Dan recalls learning the proper ways to treat women, modelled through noble characters on the silver screen.

Each time the family would perform, Irene would lead them in prayer, a practice Dan and Lex still continue. She always reminded them that music wasn’t for their glory, but rather for God’s. Regardless if they were playing for a large audience at the Kennedy Center or a few people at the senior center, Irene told the children that they owed it to these people to play their very best. It was that ethic of conduct that taught them something about the dignity of the human person and the desire to draw each and every person they played for, toward something higher.

Their mother was their greatest model of perseverance. She had sacrificed her own career to stay home and share with her children the joy she had found in music and the Catholic faith. Constantly asking God’s intercession in the family through consecration to his sacred heart, as well as making regular pilgrimages to a Carmelite monastery to consecrate to the holy face of Jesus. Priests and religious were regulars at the Fedoryka household, and Irene even worked tirelessly with a tone-deaf seminarian, until he became an all-star tenor as a priest! Unsatisfied with any local instructors, she would pack up the car and drive the children from VA to St. Louis each year for a two-week intensive music course. She video-taped those courses and watched them herself, until she was able to learn to play the violin well enough to instruct the children throughout the rest of the year. Dan remembers his own personal passion for the piano finally kicking in when he was about 12-13 years old.

Irene and Damian found a way to send each of their ten children on a pilgrimage to Fatima, in order to foster in them a love of the Blessed Mother, whom Irene was not only devoted, but also credited with three divine intercessions in her life. The third occurred in 1993, when Irene’s car, containing herself and two children was struck by a train. It was again truly miraculous that the three of them lived, and another testimony to her will power through the recovery process.

Irene contracted breast cancer and was called to her heavenly home, at the age of seventy, on Christmas Eve 2010. Danylo and Alexander were able to take time off the road to join their father in caring for their beloved mother, throughout her last three months of hospice care. One of the fondest memories she took with her from this lifetime, was singing the Magnificat in 1996 with three of her daughters, as the Communion hymn, at a private Mass of St. John Paul II. She went to be with the Divine musician, who wrote the very essence of music upon her soul, and provided for his beloved every step along the way. Irene left a legacy, not only through her music and her family, but through the lives of so many, who heard the song of her soul.

Copyright 2016 Kimberly Cook.
All photos courtesy of the Fedoryka family. Used by permission.
This article is reprinted with the kind permission of Aleteia.org, where it originally appeared.