The Gender of the Soul 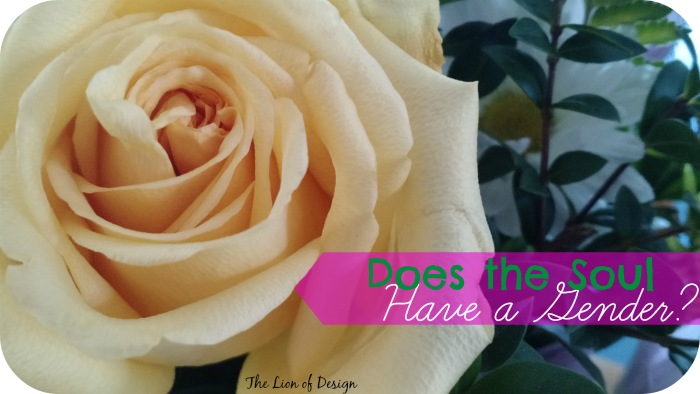 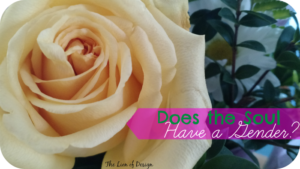 This question is a lot more common than you may think, and when it comes down to it, how do you explain it? The American public has become painfully familiar with the idea of one gender trapped in the body of another, but where does this leave the gender of the soul?

Recently, former Olympic star Bruce Jenner made the very public production of transitioning from a male to female. His picture was plastered all over the covers of magazines such as Vanity Fair, which introduced the transitioned Jenner, posing in female undergarments, by his preferred new name; Caitlyn.

These transitions have become less and less shocking or abnormal to us, as they seem to be both more common, and certainly more celebrated. Unfortunately, the majority of vocal society seem unwilling to recognize the mental health issues associated with these gender identity crisis (see I Was a Transgender Woman.) In fact, large franchise organizations such as the NBA and NFL have threatened to boycott North Carolina due to the bill recognizing separate genders in public restrooms (This does not apply however, to their presence in countries that punish such behavior by death.)

All this is to say, that beyond the outward confusion, is the hurting person (again, see I Was a Transgender Woman.) For me, there was one particular element of Jenner’s very public transition, that struck me more than anything else, and that was the statement that he has always had the “soul of a woman.”

Does gender have a soul? Many of us never consider it, as our soul seems inseparable from our body. In fact, our very identity as male and female seems rather reflexive. And if this is the case for you, then it is as it should be.

I imagine that Jenner, and those struggling with a similar gender identity crisis however, is expressing the sentiment that he has always related more with the attributes of femininity, as opposed to masculinity, when he refers to having the “soul of a woman.”

And yet, from everything I have gathered regarding gender confusion, the expression of “femininity” largely manifests itself in clothes, make-up, nail polish, hair, and so on. Yet, these external elements, while more commonly associated with femininity, do not define femininity. In fact, they don’t even necessarily pertain to women in general.

Simply put, wearing a dress and lipstick does not satisfy the “gender” of the soul.

What is a Soul?

This of course, leads to a whole landslide of further questions. For instance, what is the soul? And if God is the Creator of both our body and our soul, could he possibly have made a mistake in pairing them together? Of course not! Would he have done so out of cruelty or punishment? He would not!

This leads to only two options: Either, God is not the Creator of body and soul, or there is a disorder on the part of the person.

In each body the whole soul is in the whole body, and in each part is entire.
~St. Augustine

The truth is that we are created man and woman. Not only in body, but in our entirety. We can’t slip into the idea that God is a factory worker of human body parts, cobbling them together as he goes. Each one of us is distinguished and set apart as man or woman, and created in our entirety according.

St. Thomas Aquinas helps us out here, explaining how the soul is united to the body as its “form,” and not merely as a motor powering the body. In fact, the soul and body are so fully united and inseparable, that even in eternity the body and soul will be reunited! We were created body and soul as one, eternally, and this extends to our masculinity and femininity as well.

The body is matter to the soul, and soul is form or act to the potentiality of the body.
~St. Aquinas

Far deeper than nail polish and power tools, is the way we have been designed to “give” ourselves to one another. The physical expression of this giving and receiving of ourselves sexually, is obvious in our physical beings. Not always as obvious however, is our similar spiritual gift as men and women.

The body is the expression of the spirit…
~St. John Paul II

Let me explain it like this: few people have trouble understanding or accepting the difference between introverts and extroverts. For example, whichever category you may fall into, I am sure you are very different from many others who fall into the same category. That being said, what you do share in common is the way you interact with others. Introverts and extroverts give themselves in very different ways. While both may love their family and friends equally, there is certainly a difference in the way their love is manifested and received.

Likewise, masculinity and femininity each have a unique and individual expression in the communion of persons, which cannot be altered, albeit often misunderstood. God created each of us individually and with purpose.

Originally, man and woman perfectly understood the beauty of their own nature, and until the fall, had no awareness of shame through their nakedness. The man and woman loved the goodness of their body and the communion with one another, in the purity that God designed it.

In our fallen nature, there now exists a barrier dividing us from the grace experienced before the fall (not a new thing.) Unfortunately, as sin and shame build in our soul, we struggle to clearly understand our masculinity and femininity at its root. And perhaps even more than that, we struggle with the ability to give ourselves to one another in any capacity, much less as a physical and spiritual gift. Corruption, disorder, abuse, and misunderstanding all cloud the original clarity of the goodness of the body, and the proper purpose of gifting it to another.

So I find it to be a law that when I want to do right, evil lies close at hand. For I delight in the law of God, in my inmost self, but I see in my members another law at war with the law of my mind and making me captive to the law of sin which dwells in my members.
~Romans 7:21-23

Poor St. Paul clearly understood the constant war between his mind and his body. A desire to do what is right, fighting a constant temptation to do what is wrong.

Deep within us all is a restlessness and unfulfilled desire for mutual belonging. We want to love and be loved. We want to love ourselves, and be loved by others and supremely God. Love invites us into this communion, and we hunger for it. Ultimately, each of us is seeking, grasping, and living for the peace of an eternal communion.

How is it then, that we are never satisfied, even when we have found love? Adam rejoiced when he found Eve, and yet he sought to fulfill himself through other forbidden senses. The stark reality is that love is always seeking, yet never satisfied. This is because love exceeds the body and goes beyond even death. Love is not fulfilled here.

God made each of us out of his great abundance of love, capable of sharing in that generative love. We were not created on male and female assembly lines, or cobbled together in Frankenstein style. Yet, he knew that in man, the reflection of his love would be corrupted, and for this reason he sent Jesus to redeem love once again.