When Mothering Isn’t What You Thought 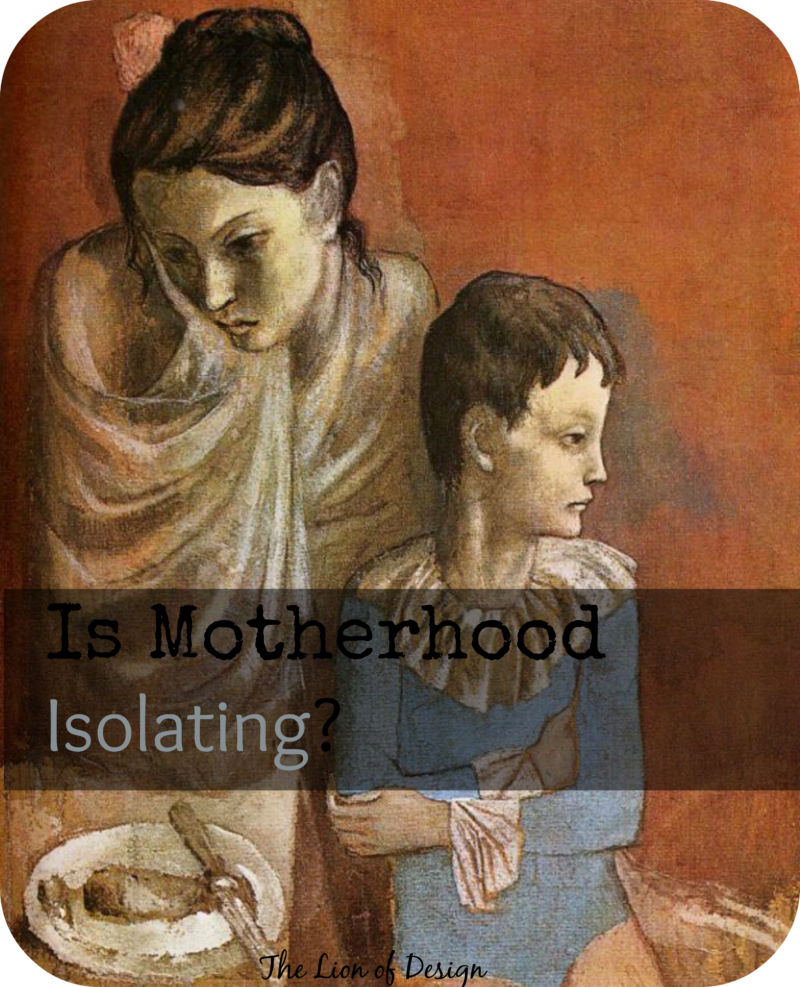 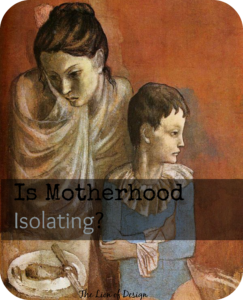 Let’s face it, nobody knows exactly what they’re signing up for when they become a parent. Surely, if you’re from a family of somewhere around a million kids, then parenting might be a skill you grew up with. Many of us aren’t, and…it isn’t.

With that said, it seems that there are two types of “pre-parents” out there. The first are the over-the-moon-in-love with every chunky baby they can get their hands on, swooning over all those extra rolls and chubby cheeks, dreaming of the day when they will have ten of their own. The other pre-parent types are the ones who scowl at the unruly children in the pew, become nauseous at the sight of a kid digging for gold in his nose, and each time resolve that if ever they should produce a human being, it will be nothing like these vulgar sorts they seem to encounter. Perhaps some of us even fluctuate constantly between the two.

And then one day, you’re a parent…and you don’t know how (well, hopefully you know how you became a parent, but you don’t know how to BE a parent!) It’s not like you can rehearse this whole thing before it happens. You can’t get a loaner kid (of your exact kid’s temperament and personality) and just try it out for a while. There is no job interview, orientation, or trial period. Oh, and you also can’t ever quit.

And so I ask you, who in their right mind would sign up for this sort of thing? Well, clearly I did, and perhaps you have as well. If so, then you may have also found yourself wondering if this was the right decision for you after all. Lately, I’ve heard over and over again that, “Mothering isn’t what I thought it would be.” To their dismay, many woman find that they don’t like who they have become in the role of motherhood (crazy screaming lunatic lady). They also discover that they can’t stand being around their kids all day. And most discouragingly, that they feel detached from the life that at one time made them happy.

This has been something I have been deeply reflecting on, asking the Lord for his guidance on the heavy role of motherhood. Three areas struck me in particular:

If you have grown up for many of your formative years in America, or a similar society, then you have been conditioned to be very goal and self oriented. As Christ diminishes from our cultural practices, communities, and families, our mindset becomes focused on, well…us.

Every one of us wants to have an answer that will impress. It’s the only way to get respect, a spouse, a decent group of friends, and a social position, after all.

So, let’s reflect. We all have parents. Some of those parents even stayed home with us as children. Those of us who were lucky enough to have a parent stay home with us, most likely value that sacrifice. However, even if we held out hope to one day pass along that gift, we want to “live a little first.” This way, we can one day join the conversation, saying that we used to do this or that before having kids.

We are oriented toward accomplishment, self marketing, and pride. It’s just who we’ve allowed ourselves to become, and it takes an act of the will to turn against it. Self-sacrifice is not natural. Laying down your life is not comfortable. Love is not easy.

Again, looking at other cultures, children are given household tasks from a very early age that prepare them for a future family of their own. There is often talk in the family of preparing the child to be a parent and have a household of their own. In our culture, it seems taboo to assume that a child will get married or have children. It is almost beneath them to be expected to fold laundry or cook dinner. How can we expect them to shoot for the stars after all, if they are busy doing menial jobs like cutting grass?

I remember hearing a threat all throughout my childhood, from almost every single adult, as if it was some sort of grown-up conspiracy. “Wait until you have kids of your own…then you’ll see!” It was a threat, a looming doomsday curse, something I hoped to escape with every fiber of my being. There was a general consensus among adults; parenting was a mistake. Yet, it was also one they wished their own kids would one day suffer. Confusing. The connotations were never good. I never heard, “Wait until you’re a parent, and you’ll see how beautiful love really is.” No, it was always filled with a terror, that left me hoping for any other vocation.

Then came the single years, and for some of us those linger on many years after college. During those years, I found myself bumbling along; over-working, eating poorly, over-committing, and hoping for direction. I didn’t take the time to prepare for a future vocation to marriage; perfecting my planning skills (particularly meal planning), working on balancing my temperament and decreasing my vices, serving others on a regular basis (through charity work or other). No, I erratically jumped from one commitment to the next. No one but me noticed if I didn’t fold the laundry, do the dishes, or make the bed…so I didn’t. I didn’t have to wait to use the shower in the morning, or cook extra eggs, or wait for anyone else (ahem, everyone else) to be ready before I could walk out the door.

I also didn’t often choose to hang out with families, considering that I didn’t have one of my own. I guess this was chalked up to being at different places in life, and feeling more comfortable around other single friends. But, I know now that there is an unquestionable value in participating in family life, even if it’s not your own. The family is the domestic church, and drawing nearer or even serving a family can have great value for both.

The hardest and most isolating points of motherhood for me, were the long winter days before any of the kids could speak a word. Not being able to go for a walk around the neighborhood, or even chat with another mom at the playground for days at a time had a way of withering me. Sometimes I would find myself going to a coffee shop with the baby carrier in tow, just to be around the noise and hustle and bustle of other people. And I know I’m not alone, scouring the library schedule for kids activities, even if the moms are singing itsy-bitsy spider louder than the kids.

We are isolated. When I went through the tough postpartum period with my second son, all I wanted was company. I didn’t want someone to drop a meal at the door and run (although that was really nice), but I wanted them to come in and talk, or watch a movie with me, or go for a walk. I wanted their time. I wanted their presence. Unfortunately, everyone seemed to assume that a new mom wanted to be alone with her baby, and so I was alone.

In certain African countries, a new mom is surrounded by support from all the women in the community for at least the first few months. She is cared for as if she were a queen. Her household tasks are handled for her, her other children are cared for, and she is given both company when she needs it, as well as alone time to rest with her child. These cultures are sending a clear message; motherhood is the most important thing a woman can do, and the entire community recognizes it.

Likewise, my husband and I have befriended a Christian community called the Bruderhof . When they found out I had delivered our third child, they asked if they could send a young single woman from the community to come for the summer and serve us. She would help with the children, the chores, cooking and cleaning, and most importantly supporting me and the baby. We were shocked and overwhelmed. Yet, in their community this is very normal. In fact, every postpartum mom is served for months and even years by a single sister. As you might imagine, postpartum depression is also extremely rare in their community.

So what is the answer? We can only change our society through first changing ourselves, our families, and our communities. In doing so, it is imperative to keep Christ in the center. We must look to the crucifix and in doing so, see love and self-sacrifice, which should be desired and emulated. Young people need more service, not less. They not only need to serve in their own household (and in every area), but they should serve others in their community as well. Let the focus be on who they are and not what they will accomplish. Bestow joy on them in presenting the idea of a future family and children of their own, filling them with confidence in their ability to serve and raise others.

Single people who feel called to marriage and family life should spend time with families, serving them and sharing in their joys and sorrows. They should also seek to conform their life to one preparing for the vocation to marriage, beginning to more intentionally focus on skills which will serve them best in that vocation.

Finally, community is at the core of who we are. Outside of our own family unit, our local Christian community is the most important family we are called to serve. Be intentionally present. Commit to a group of families who seek to serve one another and the community, despite character flaws and strife, all for the greater glory of God.