How Many Shades of Grey? 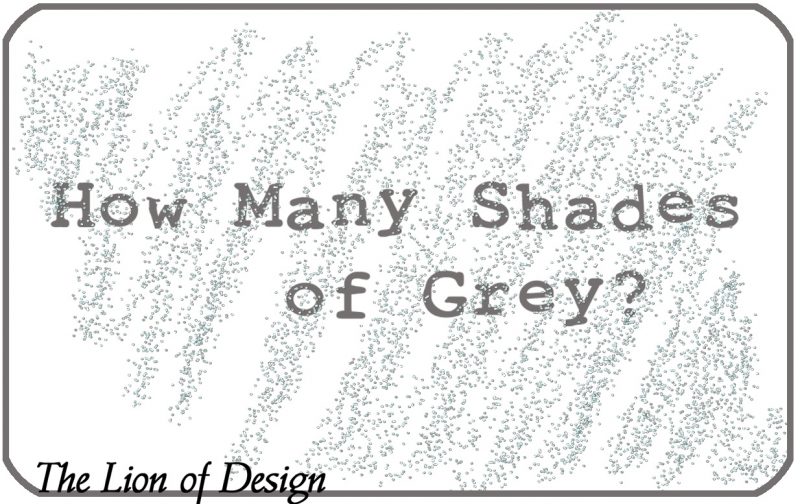 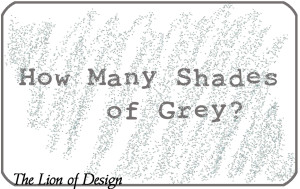 Things are not always black and white. In fact, we are constantly told that there are many shades of grey – apparently 50, to be exact!

As with any disorder, something that is originally healthy, becomes distorted and unnatural. Sex; healthy, fruitful, and good, is a fragile function in the hands of fallen people. We have a need to control, sterilize, and spruce it up… all at the same time! In its naturally functioning element, the sexual encounter between loving spouses IS exciting, thrilling, and pleasurable. All things created and given by God are truly good in this way.

So how is it that a young woman could be intrigued by a handsome, mysterious stranger, clearly stating that he is looking for a solely sexual, rather than romantic relationship? “Please!” This is a trap as old as time. In case you haven’t noticed, human nature has always possessed a perverse curiosity (concupiscence), which tempts our flesh to surrender. Surrender the will to the base desires of the body.

Women may not be victim to physical temptations in the same capacity as men, however there is certainly an emotional pornography that threatens the virtue of women. Who hasn’t seen the ridiculously cheesy covers of a romance novel? Despite the loud voice of feminism in our culture, these pages, under the helpless woman draped in the arms of a muscular savior, fly off the shelves. We are not restocking fantasy novels, as much as the reader’s need to be desired, treasured, and valued. When this is missing in a woman’s life, her idea of love becomes disordered.

Suddenly, a chance sexual encounter with a handsome stranger who rides off into the night, becomes more enticing than a stable relationship that runs the risk of becoming stale.

For Ana, in Fifty Shades of Grey, a man who offers her a contractual relationship of sexual dominance and submission is deemed worthy of her virginity.

What is it exactly that woos Ana in this contract? Well, hopefully it’s not the fact that the contract forbids Ana from making physical contact, as well as eye contact with Christian Grey during their sexual encounters. Stop me if I’m wrong, but this seems to go against everything I have ever learned about sex. Suddenly, a strange turn is taken. The emotional longing of the woman, to be swept up into the arms of her lover, is radically isolated by an invisible screen. The freedom, passionate expression, and spontaneity are all stifled by a contractual agreement. It doesn’t take a theologian, or even the most well-read romance novel connoisseur to tell you this is not the way sex was intended to be.

The inclination of the counselor within me, searching for the root of the disorder, is satisfied by the explanation that Grey lost his virginity at the age of fifteen to one of his mother’s friends. At least the story line has that element of depth going for it, in which the character encountered an unhealthy sexual relationship early in his adolescence. This certainly explains his inability for healthy contact and the desire for increasing affection through sexual encounters. Sadly for him however, and for many “real live” characters, this increasingly common sexual retardation is not as mysteriously intriguing as it is unnatural. In fact, the only people who should be mysteriously intrigued by it at all, are counselors.

Ah, but that’s just it Ms. Roiphe, free will is a burden. It is a gift of epic proportions, and a burden capable of determining our eternal placement. Perhaps some shades of grey can be found in that statement, but I highly doubt 50 of them!

Remove grace, and you have nothing whereby to be saved.

Remove free will and you have nothing that could be saved.