The Saint of Steubenville 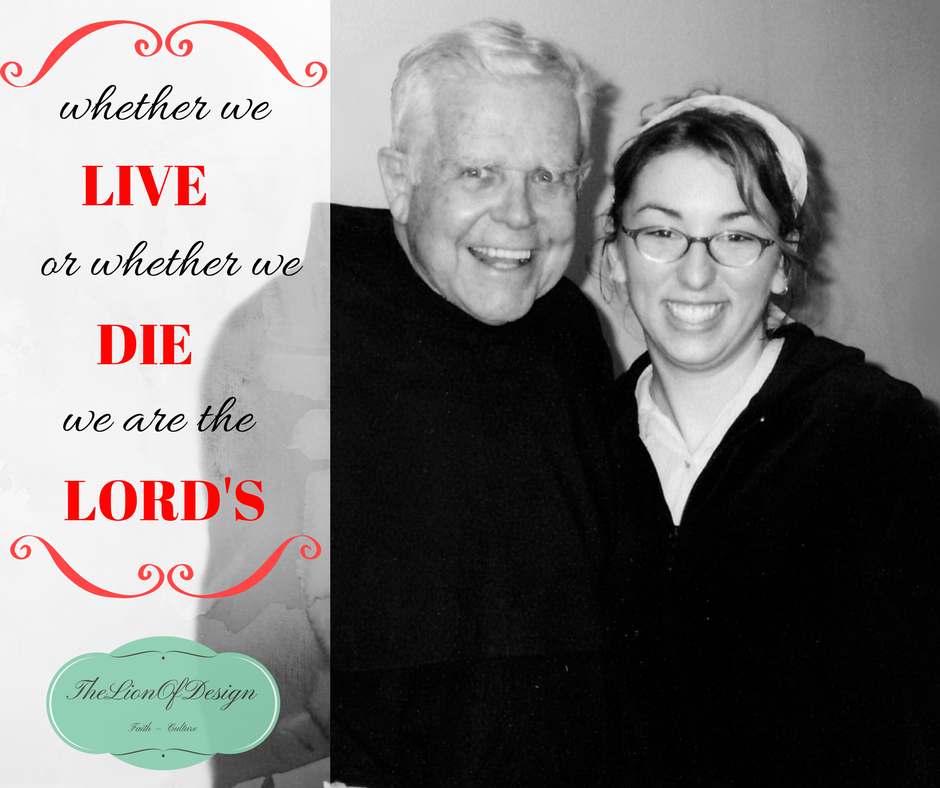 Before attending Franciscan University of Steubenville myself, there was a spirit of mystery that carried the name of Fr. Michael Scanlan on its wings – quite the opposite of a rumor. It was a brush with the Holy Spirit and stirred up a saintly call to seek out something good in my life.

I had heard of the gentle and fatherly charismatic priest, filled with joy as he made himself ever-present to the students on his campus, as if he were one of them. A Harvard educated lawyer and Air Force officer who understood the mendicant Franciscan spirit of surrendering all to God, he found his true joy among the poor-in body and spirit. Fr. Michael was deeply dedicated to the spiritual welfare and eternal destination of each student God sent him, regardless of the length of time they were at the University. Countless personal stories are held dear to many hearts and attest to this.

The man had invited Mother Teresa as a commencement speaker and been personally awarded by John Paul II, but when I met him for the first time – at the Tomb of the Unborn Child beside the small Portiuncula, replicating the chapel of St. Francis, I could have sworn he was in the peaceful presence of the angels. Having no history of spiritual devotions and barely an introduction to the saints, I could give no explanation for the supernatural polarizing joy emanating from him, other than he must be among these holy men and women.

And yet, Fr. Mike was as present and approachable as a man could be. He was quite simple and he had a way of making the most complicated issues equally simple and even comical. I remember approaching him one time, quite in distress over a choice I had to make, which seemed monumental at the time. I sought him out specifically, because he was after all the author of Let the Fire Fall and What Does God Want? He was the wise old owl of spiritual directors! And yet, when I laid my dilemma before him, he listened intently before looking deeply into my heart with the same joyful smile I was by now sure was part of his face, saying “Pick one!” His response seemed absurd and yet it was right – I was allowing myself to be paralyzed at the crossroads of an insignificant decision in the grand scheme of things. Still, I think I made the right choice!

Years later after graduation, I went through a rather turbulent time in my life and I could think of none other than Fr. Mike to turn to. I wrote a letter to him and prayed he would respond as soon as he could. Within days a small envelope reached my mailbox, penned personally by the diligent priest himself. Filled with comfort and hope, I could feel his smile penetrating the ink of his handwritten text, and his act of love made me cry for days. I held onto those words – equally simple and true to his own nature and vocation, and I read them many times thereafter.

When I think of this spiritual giant of a man, I am most thankful for the way he taught me and so many countless others to embrace charity, humility, and joy in the Lord. “Living the life faithfully, living the [Franciscan] rule, being a Franciscan, being able to be sent wherever God wants you and serve his people. This is what is most important.” He gave me a great gift – the gift of the Franciscan spirit, which I hope still lives in me today as brightly as ever.