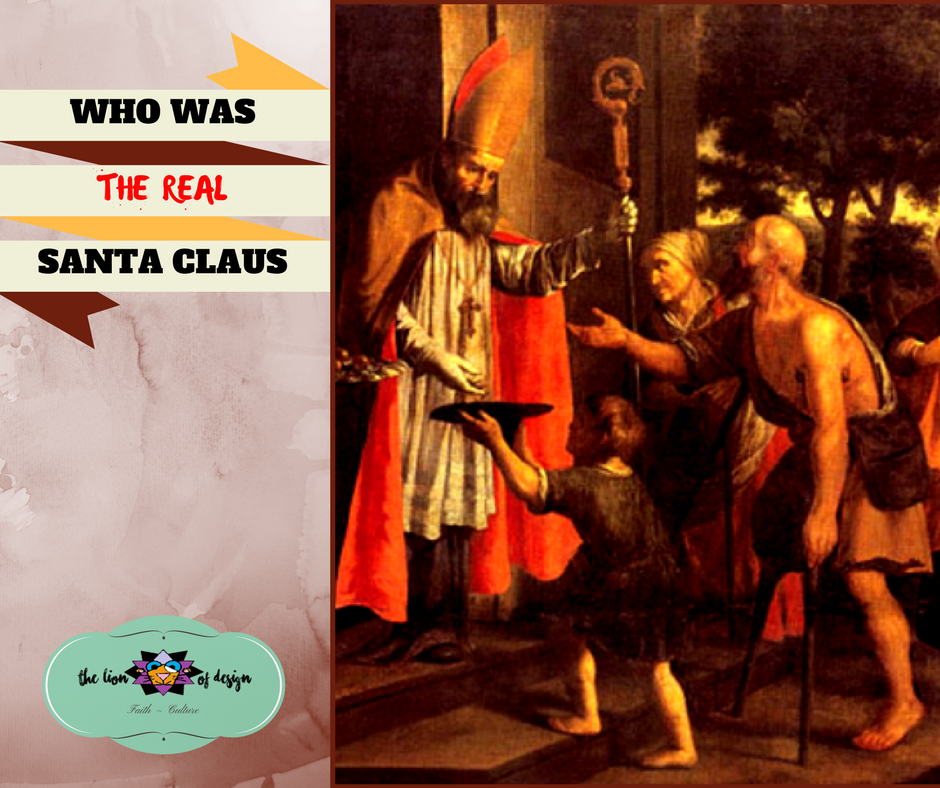 Every culture seems to have manifested its own celebration of Saint Nicholas’ popular feast day on December 6th. From presents to persecution for sins, the evolution of the feast has changed from a day of homage paid a holy man to a secular rabbit hole of pagan and mythical traditions.

Who Was the real Saint Nicholas?

Saint Nicholas was a 4th century Greek bishop of Myrna. Born to good Christian parents, Nicholas was well trained in the faith and developed a sincere desire for authentic piety. When his parents died of an epidemic, Nicholas spent most of his inheritance completing works of charity. Left in the care of his uncle, the bishop of Patara, Nicholas was groomed and eventually ordained by his uncle to the priesthood.

After being chosen as bishop of Myrna, much of what is known of Nicholas was recorded by Saint Methodius, Patriarch of Constantinople. As bishop, Nicholas was seized by the magistrates during the time of the persecutions, tortured, chained and thrown into prison with many other Christians until released by Constantine.

Thanks to the teaching of St. Nicholas the metropolis of Myra alone was untouched by the filth of the Arian heresy, which it firmly rejected as death-dealing poison. ~St. Methodius

Nicholas is recorded as having attended the Council of Nicaea, in opposition to the heresy of Arianism. It has been rumored due to Nicholas’ strong opposition and active involvement against this particular heresy that at one point he slapped Arius. This image has preserved him as a strong combatant to heretics of the Church.

After his death it was recorded that Nicholas’ body exuded a sweet smelling myrrh, and the bones of the Saint continue to perspire a liquid oil which has been called manna, and is attributed with many miracles including miraculous healing. A basilica was erected in his honor at Constantinople and devotion to the saint became widespread.

The West as well as the East acclaims and glorifies him. Wherever there are people, in the country and the town, in the villages, in the isles, in the furthest parts of the earth, his name is revered and churches are built in his honor. Images of him are set up, panegyrics preached and festivals celebrated. All Christians, young and old, men and women, boys and girls, reverence his memory and call upon his protection. And his favors, which know no limit of time and continue from age to age, are poured out over all the earth; the Scythians know them, as do the Indians and the barbarians, the Africans as well as the Italians.
~10th century Greek

The Tradition of the Chimney, Stockings, and Gifts

Saint Nicholas’ good works were many and stories of his salvific acts have passed through the ages, making it hard to separate fact from legend. One of the most well loved and preserved stories of Saint Nicholas however is how he used some of his inheritance to save three young women whose destitute father planned to sell them into prostitution. Saint Nicholas came on three separate occasions throwing a money bag into the man’s house, as dowry for each of his daughters. One such version recalls that the coins were thrown down the chimney and were collected in the stockings hung by the fire to dry. This led to the traditional hanging of stockings by the fireplace for Saint Nicholas to fill.

The most closely held Saint Nicholas tradition of all modern traditions is that of the Dutch Sinterklaas. Sinterklaas is easily recognized as a Catholic bishop, donning an alb and chasuble and red mitre atop his white head of hair. His hand is adorned with a ruby ring and holds a gold crosier. Sinterklaas is known as a holy man inseparable with Christianity and good works. The feast is celebrated either on the eve of Saint Nicholas’ feast day or the morning of his feast day, in which children traditionally leave shoes or stockings for him to fill with coins or treats. Separating his feast day from the celebration of Christmas prevents the loss of focus from the feast of the Nativity of Christ.

Why the Confusion of Santa Claus and St. Nicholas?

Under the rule of King Henry VIII in England the feast of St. Nicholas was first moved to Christmas Eve and St. Nicholas was replaced by Father Christmas. Father Christmas was represented as a jolly old man who represented the spirit of good cheer associated with the season. Reformation leader Martin Luther further spread the separation of the celebration of Saint Nicholas from the fictional Santa Claus, however he suggested it be replaced by a Christ child as the bringer of gifts.

The funny thing is that when the Protestant Reformers tried to replace the Catholic tradition of celebrating Saint Nicholas Day with their own tradition, the result was very much pagan. Santa Claus, after being stripped of his pontifical vestments and crosier bears an uncanny resemblance to the pre-Christian god Wodan/Odin (Yule father), of the European Yule celebrations. The midwinter Yule celebration of Germanic cultures centers around a folklore called the Wild Hunt, in which the god Odin leads a supernatural ghostly band of huntsman (elves or fairies) on his steed across the night sky into the underworld. Odin has a long beard, cloak and broad hat.

Santa Claus is certainly the most popular and widely celebrated customary figure of modern day Christmas, yet the compromise of mingling a Catholic tradition with a secular and culturally pagan practice once again produces a confusing offspring of Christianity and Paganism. The gift-giving figure of Santa Claus retains little association to either faith or virtue, and is far more relevant as a representative of magic and good cheer than the good works of a generous bishop acting in the name of Christ.