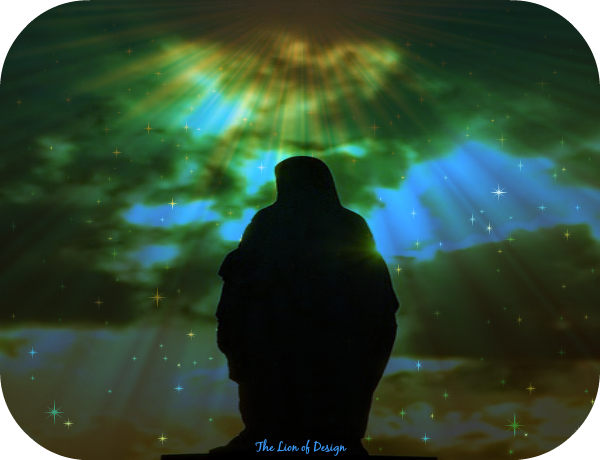 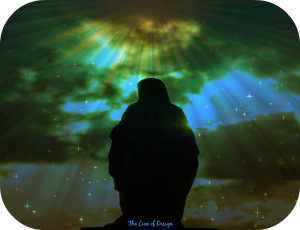 It’s hard to put my devotion to the Blessed Mother into words, and even harder to do so for those who simply don’t understand. There are so many questions, and so little revealed of her in scripture. So, what is it about this mysterious woman?

Mary was overshadowed by the Holy Spirit in the same way that the tabernacle was overshadowed in Exodus. “The Holy Spirit will come upon you, and the power of the Most High will overshadow you” (Lk 1:35). Her womb was immaculately sanctified by God, and had to be, in order to be a perfect dwelling place for his Son. The Lord sanctifies and sets apart that which is his. Mary was set apart from all women, in a special way, as was her womb, which would be the dwelling place of Christ. The already beautiful gift granted women, of carrying a child within her, was infinitely magnified for Mary, in carrying the Savior. God could not have come to dwell within a sinful vessel, because sin separates us from God (Is 59:2).

Mary, who was a created being, birthed Jesus, and she and her husband Joseph were the first to greet him into his earthly life. They were also the only two to know his true nature from the start. In his flesh, Jesus was genetically born only of Mary, and therefore received 100% of her genetic makeup (Heb 2:17).  Imagine the similarities between Christ and his mother (looks, temperament, mannerism)! Mary then nursed and cared for Jesus, giving him all the nourishment he needed as a baby, from her own body. The early years of the Holy Family were supernaturally guided by messages from angels (the Annunciation of the angel to Mary, Joseph’s reassurance in entering into matrimony – Mt 1:20, Joseph’s instruction to flee to Egypt – Mt 2:13, and then safely return to Israel – Mt 2:19-20).

The First and Greatest Disciple

Mary walked alongside Jesus for every one of his years on this earth, and she knew him more intimately than any other human being has. We often admire the disciples for their relationship with Jesus during his public ministry of only three years, unable to imagine the wealth of information they received from him, even beyond that which has been recorded. “But there are also many other things which Jesus did; were every one of them to be written, I suppose that the world itself could not contain the books that would be written” (Jn 21:25).  If John could say this about three years, imagine what Mary could have written about thirty-three.

The wedding feast at Cana is often very confusing for many Christians, concerning the exchange between Jesus and his mother. This stems from a lack of understanding of the original language and context of the text. John’s Gospel is written as a parallel to the creation account in Genesis. In John’s record of the wedding feast at Cana, Jesus uses a common Hebrew figure of speech answering his mother, regarding the wine that has run out. Jesus says to Mary – literally, “what to me and you?” (Jn 2:4). This may not make sense to us now, but is a huge moment for Jesus and Mary, and cannot be glossed over or misinterpreted. The phrase is a gentle one, and indicates a desire to please the one asking. The same phrase is used several times throughout the bible, particularly in a similar way in Joshua 15:18, when Caleb asks his daughter, “what do you wish?” Mary is fully aware that Jesus is capable of a miracle, and she also knows that once his public ministry begins, “a sword will pierce her own soul also” (Lk 2:35). In this moment, she gives her consent and blessing upon his ministry, preparing her own soul to suffer alongside his. Mary is ever submissive to the will of her son, who also always honors her. For this reason, Mary’s simple statement to the servants, “Do whatever he tells you” (Jn 2:5), is so extremely powerful. When she says these words, Jesus immediately preforms his first miracle, turning water into wine. Scripture tells us that after this sign, “his disciples believed in him.” But there was already a disciple, who needed no convincing. She was with him always, and traveled with him to Capernaum as his ministry began.

Jesus addresses his mother as “woman,” which seems both unusual and derogatory to the 21st century reader. The use of this term in Aramaic, and in the vocative case however, is meant to indicate that Jesus is addressing Mary directly and with respect. He will again address her this way from the cross, in John 20:26, when he says, “Woman, behold your son.” The term “woman” is also meant to remind the reader of the first creation account, in which God called the partner to man, “woman.” Eve was the first mother of the living, and through her disobedience, she said “no” to God. But Jesus “makes all things new,” and by his coming, he ushers in a new kingdom on earth. Mary then becomes the first mother of the living in this new kingdom. Mary is the new Eve. Likewise, through her obedience to the will of God, she says “yes” to the message of the Archangel Gabriel, “Behold, I am the handmaid of the Lord; let it be to me according to your word” (Lk 1:38). Because of the obedience of Mary, we owe a great deal, and have a supreme example of submission to God. St. Augustine said that “By the fall a poison was handed to mankind through a woman [Eve], by the Redemption man was given salvation also through a woman [Mary].”

There are many moments in scripture when Jesus invites others to follow him. In fact, he desires all of us to follow him, imitate him, and do as he has done. For this reason, Jesus came to earth as flesh and blood. Jesus tells his disciples, “For I have given you an example, that you also should do as I have done to you” (Jn 13:15). As well he says, “If any man would come after me, let him deny himself and take up his cross and follow me” (Mt 16:24). John is the beloved disciple who most imitated Jesus, and despite taking the risk of being present at the crucifixion, John was not martyred, but rather given Mary as his mother and blessed with a long life. As disciples of Christ, we also are to follow, from the breaking of the bread and the washing of the feet, to beholding Mary as our mother, and taking her into our home. The rest of Mary’s earthly life was spent with the disciple John, who surely honored and loved her as his own mother, and in return, John certainly learned more about Jesus’ life than any other disciple.

“When she was asked to become the mother of the Messiah, Mary’s faith enabled her to give a humble and generous response…Mary’s faith was frequently tested during the public life of Jesus, especially when she witnessed the rejection of her son.  At the foot of the cross, her pilgrimage of faith had its moment of most severe testing. Mary continued to believe that, because Jesus was the Son of God, his sacrifice would bring salvation to humanity.”

For deeper study:
The “Hour” of Jesus in the Fourth Gospel
Wedding at Cana, Garden in Eden