Three Kings Day and the Gifts of The Magi 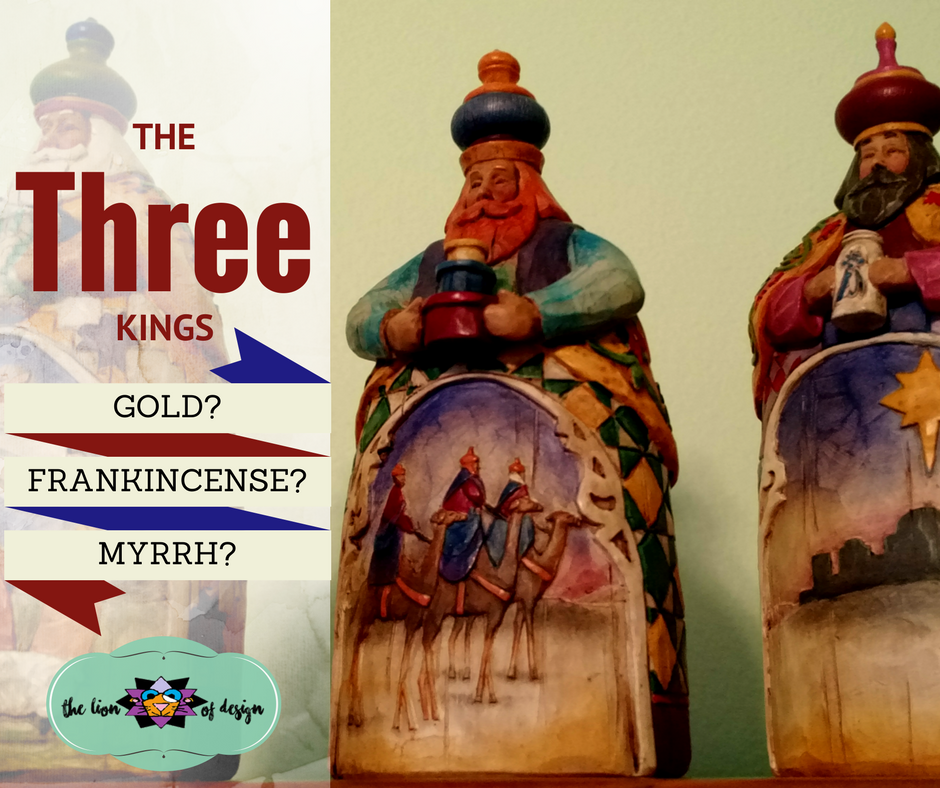 For weeks before December 24th we begin to feel the spirit of Christmas rise up within us. For some this is a lovely time of festive songs and delicious treats, others retail mania, and still others a time for drawing deeper in prayer and spiritual reflection as dictated by the preparatory season of Advent. Yet for many, as the dawn rises on December 25th, or at least on New Years Day, Christmas is forgotten until next year. Tree is on the curb, wrapping paper stuffed in a dark basement crevice, and the Christmas nativity hidden beneath coils of lights and decorative holly.

Yes the Christ child is born! We are saved and spiritually free, but the nativity story has only just begun. What of the adoration of the shepherds, the wise men, the Holy family’s perilous flight into Egypt, and the massacre of the holy innocents?

Thankfully many Christian traditions still emphasize these biblically significant twelve days of Christmas, from December 25 – January 5th, where we get the popular ‘12 Days of Christmas‘ song.

“From 1558 until 1829, Roman Catholics in England were not permitted to practice their faith openly. Someone during that era wrote this carol as a catechism song for young Catholics. It has two levels of meaning: the surface meaning plus a hidden meaning known only to members of the Church. Each element in the carol has a code word for a religious reality which the children could remember.”

2 turtle doves are the Old and New Testaments

4 calling birds are the four gospels of Matthew, Mark, Luke, and John.

6 geese a-laying stand for the six days of creation.

8 maids a-milking are the eight beatitudes.

10 lords a-leaping are the Ten Commandments.

12 drummers drumming symbolize the twelve points of belief in The Apostles’ Creed.

And the sacrificial partridge represents Jesus – the true love!

The Epiphany (manifestation) or Theophany (vision of God), traditionally celebrated on January 6, commemorates many great events in the life of Christ. The Incarnation of Christ, baptism in the Jordan, wedding feast at Cana, and the highly symbolic visit of the three men known as Caspar, Melchior, and Balthazar.

‘And you, O Bethlehem, in the land of Judah,
are by no means least among the rulers of Judah;
for from you shall come a ruler
who will govern my people Israel.’

Were they wise men, kings, Zoroastrian priests, astronomers? One thing we do know of the three mysterious men from the East who came to visit the Christ child is that they were Gentiles. These non-Jewish men sought out and adored Jesus as the “king of the Jews,” when he was still veiled from his own people. Through their recognition of Jesus as such, the kings represent the physical manifestation of God through his Son to the Gentiles. Jesus was truly “a light for revelation to the Gentiles,” as recorded in Luke 2:32.

What’s more, the three gifts of the magi were not only each valuable and rare, but bore great significance as recorded in Matthew 2:1-12 – introducing several key revelations about Christ and his role among humanity. Gold, primarily presented to kings and royalty, symbolizes the eternal kingship and divine royalty of the Christ child. Frankincense, a high quality incense made from the sap of the Olibanum tree, was used by priests solely in the presence of the Lord, and considered holy to the Lord (Ex 30:34-38). The gift of frankincense acknowledged Christ as Lord and priest. Myrrh, a fragrant oil from the Commiphora myrrha tree was used as an anointing oil for priests and consecrated things (Ex 30:23-29). Myrrh was also used for embalming in the Jewish custom, and offered a foreshadowing of Jesus’ own sacrificial death and burial (Jn 19:39-40).

Lord, now lettest thou thy servant depart in peace,
according to thy word;
for mine eyes have seen thy salvation
which thou hast prepared in the presence of all peoples,
a light for revelation to the Gentiles,
and for glory to thy people Israel.”

For many of us who would be considered Gentiles, the three kings offer hope, revelation, and inclusion in the salvific work of God, as well as an invitation. Christ has not only been born to save his people Israel, but he comes to save us as well – those who recognize him as eternal and divine priest, prophet, and king. Therefore as Christmas only begins on December 24th, many Christians prepare for Three Kings day. They move the magi and their camels slowly closer to the baby in the manger of the nativity. Songs are sung, parades held, traditional foods such as rosca de reyes prepared, houses blessed, and hay is left out by the children for the camels to eat on their journey. The great joy of the Incarnation is rightly continued beyond the days following the birth of Christ, as Christians celebrate the mysteries of Christ and the revelation to all nations and peoples.

Gold, as to a king; myrrh, as to one who was mortal; and incense, as to a God.
~Origen of Alexandria – Contra Celsum

The traditional Christmas Carol, ‘We Three Kings,’ written in 1857 accurately depicts the gifts of the Magi and their symbolism:

We three kings of Orient are
Bearing gifts we traverse afar. Field and fountain, moor and mountain, Following yonder star.

O star of wonder, star of night, Star with royal beauty bright, Westward leading, still proceeding, Guide us to thy perfect Light. Born a king on Bethlehem’s plain,
Gold I bring to crown Him again,King forever, ceasing never Over us all to reign.Frankincense to offer have I. Incense owns a Deity nigh. Prayer and praising all men raising, Worship Him, God on high.Myrrh is mine: it’s bitter perfume Breaths a life of gathering gloom. Sorrowing, sighing, bleeding dying, Sealed in the stone-cold tomb.Glorious now behold Him arise, King and God and Sacrifice. Alleluia, alleluia! Sounds through the earth and skies.