The Dignity of the Deplorables 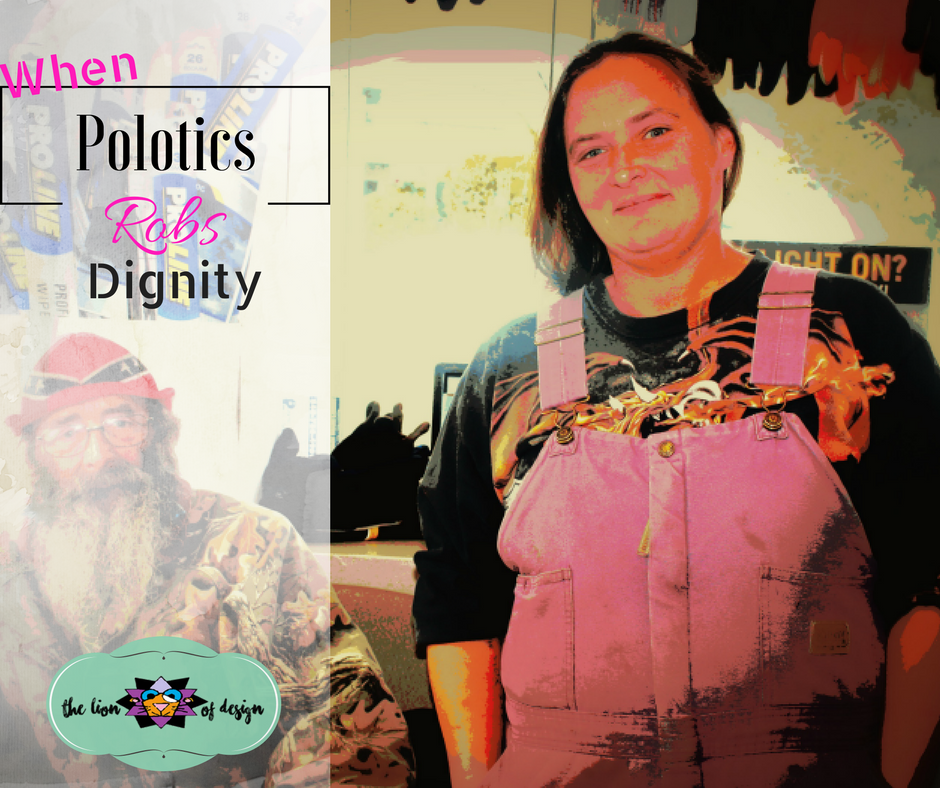 Many who watched the uncharacteristic and grossly unpredicted polling numbers come in on election night were shocked by the results – some more than others. By all comparisons Hillary Clinton should have had an easy lead and a definitive win. Her campaign had raised over $1 billion, while the Trump campaign had little over $500 million. As well she was riding on the coattails of the Obama presidency, pandering to female and minority voters, strongly supported by large and powerful organizations such as Planned Parenthood, and adored by many mainstream television and media outlets. If that combined support wasn’t strong enough to convince American voters that her decades in politics had earned her the presidency, she had the fragmentation of Trump’s own Republican party and lack of political backing from leaders in that party at her service as well.

National statistical models all seemed to agree on an 85% probability of a Clinton victory, giving the chance of Clinton losing the equivalent “an N.F.L. kicker misses a 37-yard field goal.” But it seems that the sleeping bear who had been poked in 2008 by Barack Obama, speaking of the small towns in Pennsylvania and the Midwest, which he described as bitter and in explaining frustrations “they cling to guns or religion or antipathy toward people who aren’t like them,” was at last aggressively aroused from slumber. In the country’s recent past it is precisely these rural populations of struggling blue-collar workers who have become marginalized and taken for granted. Often overlooked by national political campaigners touting the virtue of charity toward the poor and needy, yet all the while seeking the vote on college campuses, at conventions, and in densely populated and culturally rich cities, Trump’s diligence in recognizing and seeking the vote of the everyman became crucial.

Clinton, who ideally promotes the unity of all Americans and rejects categorization or labeling of groups of persons, is on record as saying, “If I were to be grossly generalistic, I would say you can take Trump supporters and put them in two big baskets.” The first of these two “baskets” Clinton referred to as “deplorables,” a harsh and undignified judgement upon any human life, implicative of being unworthy. This certainly resonated, not only in rural areas of statistically low voting averages and disappointed hopefuls who rode the Obama train with the promise of affordable healthcare, but among the educated and middle income voters as well. Much to the chagrin of the loathsome forming party of “elites” comprised of Hollywood, Washington and Wall Street, and mainstream media outlets, Hillary under performed across the board. Trump picked up the vote of the Independents, Christians, white women, the 70% of voters dissatisfied or angry with the government, a surprisingly larger number of Latinos than Romney, as well as a large number of voters who expressed dislike toward his opponent as their motivating force.

Trump’s running mate, Mike Pence, recognized and condemned Clinton’s attack on the dignity of at least half of all Trump supporters, stating, “they are not a basket of anything.” Pence went on to assert, “They are Americans and they deserve your respect.” While Clinton expressed regret for these statements, clarifying her meaning as attached primarily to bigots whom Trump has inflated, the hypocrisy found even in Clinton’s apology – intolerant toward traditional Christian faith beliefs, even among the well-educated, was not well received. Further indignation was inflamed by the WikiLeaks emails from the Clinton campaign, inciting Catholicism as “an amazing bastardization of the faith.” These flippant and discriminatory remarks, reducing people of faith orientations to grossly lacking an understanding of gender relations and Christian democracy, further alienates those in religious organizations and think tanks alike, revealing the underlying bigotry against religious freedom, isolating them further from the political conversation. Suddenly, the words of the Hunger Games rebellion leader, who sought to uproot and replace the current corrupt governing administration by rule of equal retribution toward those who had wronged her people, impressed a startling comparison on the psyche of those holding personal values inseparable with their religious beliefs. Similar to the shocking finale of the Hunger Games novel, voters took aim at Clinton in the same way Katniss did President Alma Coin, whose last rousing battle cry awakened the duty of personal conscience, “Mockingjay, may your aim be as true as your heart is pure.”

The truth is that bigotry is in surplus on both sides of the political divide – toward those who value traditional religious, marital, and familial beliefs and practices, as much as toward those with progressive and non-Christian beliefs and practices – all of whom have a right to cherish and exercise these fundamental rights peacefully. Perhaps after so many years of circular ideology, many Americans are seeking change from without the system rather than within. This shock wave is left reverberating through Americans of both parties, leading and following mainstream news reporting, especially in light of progressive education systems with greater numbers of higher education recipients, overwhelming acceptance for diversity and alternative lifestyles on popular television programming, and greater global and cultural awareness through social media and independent journalism. Yet the loss of existential value for the dignity of each person cannot be discounted in the persuasive vote against the elitist pop culture causing much of the dysphoric rage against the political machine.

The dignity for all persons expressed under the disproportionate umbrella of safeguarding certain ostracized and voiceless persons, while willfully ignoring others, further exasperates a frustrated and growing chasm. Criticism on policy from an administration that has removed more than 2.5 million people through immigration orders from 2009 to 2015, quadrupled the overseas defense budget, increased overseas military and airstrike presence, planned a $1 trillion nuclear weapons program to the US arsenal, and signed more executive memoranda than any other American presidential office to date has hollowed the sentiment of unbiased care for all persons. From the recesses of every human heart exists the inborn natural recognition of dignity for all life. The practice of respecting and justifying this dignity must extend to life in the womb, hospice, prisons, impoverished households, sojourner and expatriates, widows and veterans, disenfranchised and marginalized, persecuted persons, and especially realized through the love of our neighbor. For this reason the beatitudes are set forth by Christ, sharply contrasted with prejudices of the time, each promising a blessing and eternal reward.