History of the Mardi Gras Traditions 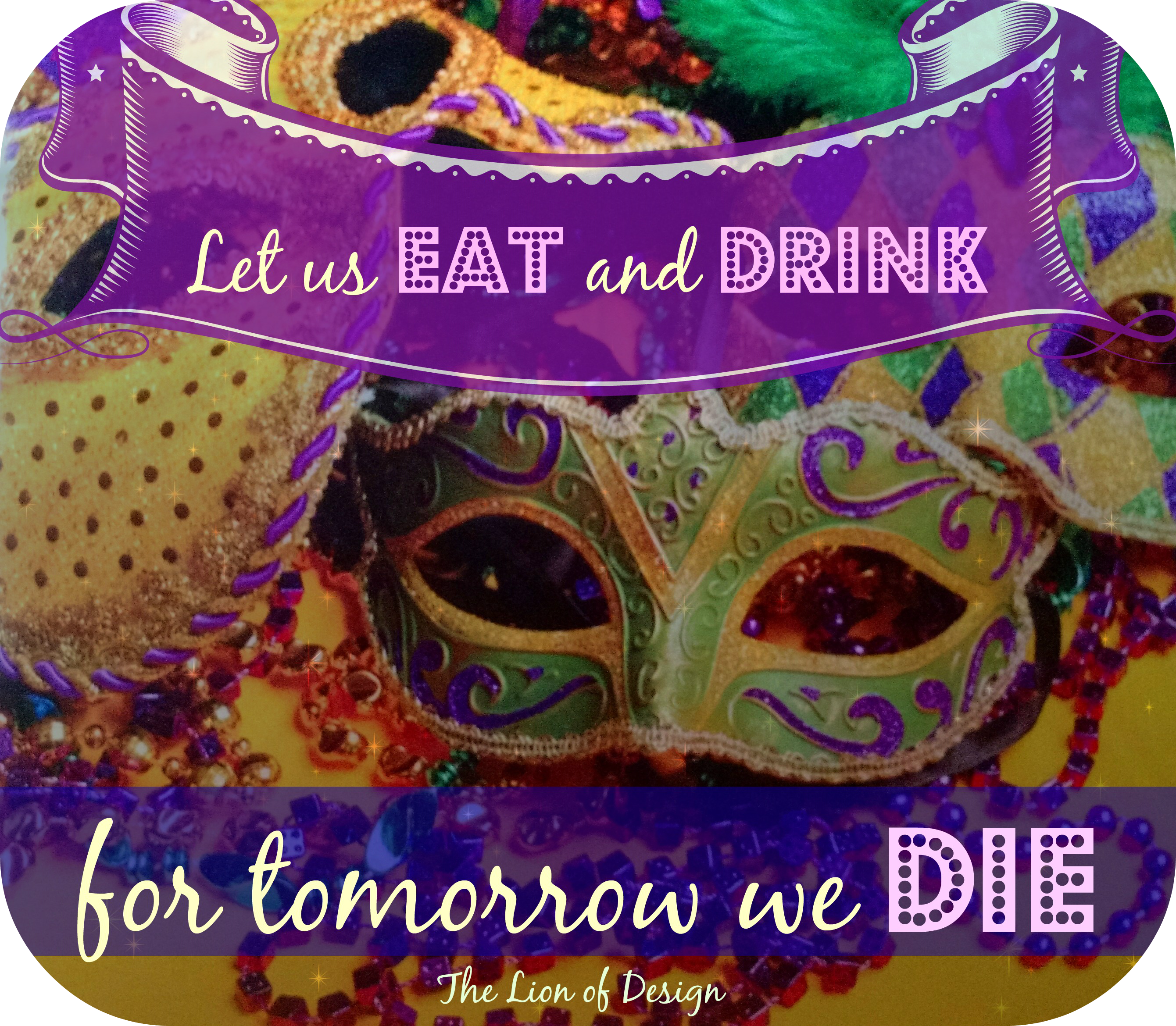 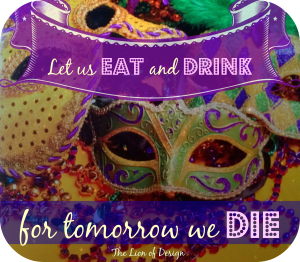 Farewell to meat, chocolate, sweets, and dare I even say…coffee? These are the sacrificial penances that come to mind as the season of Lent draws ever closer.
And like all preparatory suffering, comes the panicked desire to indulge before the suffering begins! Even Jesus sat at a table with his friends, celebrating his last meal on the eve of his arrest.
There is something to be said about the body, and its crude reaction to the withdrawal of earthly comforts. Do we not hear these warnings time and again from the Church Fathers and mystics? It is amazing how badly I want something that I have made a determination to give up. Heck, I don’t always need a main course of meat for dinner…unless it’s a Friday in Lent. Then, watch out, and hide the hamburgers! If you don’t believe me, just try going on a sugar fast. One of the years I spent teaching High School Theology, I made the ever unthinkable decision to give up coffee for Lent. My erratic and moody behavior must have been so overwhelming, that my students asked why they should have to suffer for my penance. Good point. Good laugh. Get out!
But how did Lent become associated with the freak fests that occur beforehand? People parading the streets of New Orleans with scantily clad outfits made of brightly colored feathers and masks? Sugary pastries with small plastic babies hidden within? There had to be a connection between the Carnival Season following Epiphany, Mardi Gras, and the mysterious and not so much-anticipated season of Lent.

I discovered that the liturgical season of Lent, which is observed over the forty days before Easter, as a time of fasting, was formally established in the 4th century. It was born of the process required of those wishing to become Christians at the time, as they prepared for baptism. These last forty days before the catechumens were baptized, was regarded as a time when the whole church accompanied the individuals on their faith journey.
In Luke 4:1-13, which is also the Gospel for the first Sunday of Lent, Jesus is led (by the Holy Spirit, no less) into the desert for forty days to be tempted by the devil. We, the Church community, must also enter that desert with Christ. We are being led by that same Spirit, in imitation of Christ, to fast and pray in preparation to renew our baptismal promises. Through this test, we deny the flesh its earthly comforts, strengthen our resilience to the temptations of the devil, and accompany journeying Christians in their preparation.
So why the merriment on the days before Lent? Each culture has its own unique way of “celebrating” the end of the season before Lent begins. These festivities range from costumes and intricate masks to music and dancing in the streets. One commonality however are the plentiful selections of indulgent delicacies.

Beginning in Venice in 1094, the Carnival (carne vale – farewell meat) was a fun way to clear out the kitchen of restricted Lenten foods. This was done more out of necessity, due to inadequate food preservation, than for the sake of temptation.  Carnevale also became a time for actors, musicians, and performers to take to the streets in the big celebrations of parades and masquerade balls. The Italian Carnevale is particularly known for its intricate and elaborate masks are elegant costumes.

Mardi Gras (fat Tuesday) is a similar French celebration, which came to be associated with New Orleans when French explorer Pierre Le Moyne d’Iberville landed at the mouth of the Mississippi, on March 3, 1699. He commemorated the spot of the ships landing, by naming it Point du Mardi Gras. This was done in honor of the celebration that was simultaneously occurring in his homeland.
The popular French custom of baking the delicious circular cake, known as King Cake, was named for the three kings who came to visit the Christ child at his birth. The circular shape of the cake is said to represent the path that the Kings took in avoiding Herod, who sought to find and kill the child. The baby hidden within the cake symbolizes the baby Jesus, and customarily determined who will host and bake the cake the following year.
The celebratory nature of the day before Ash Wednesday has been adopted by many cultures, as well as Italy and France. Unfortunately, the appealing revelry of the tradition has attracted quite a large secular following, often overshadowing the liturgical connections. This disregard for the root cause of these festivities is all the more reason for the faithful to correctly celebrate and teach the rich (and delicious) traditions.