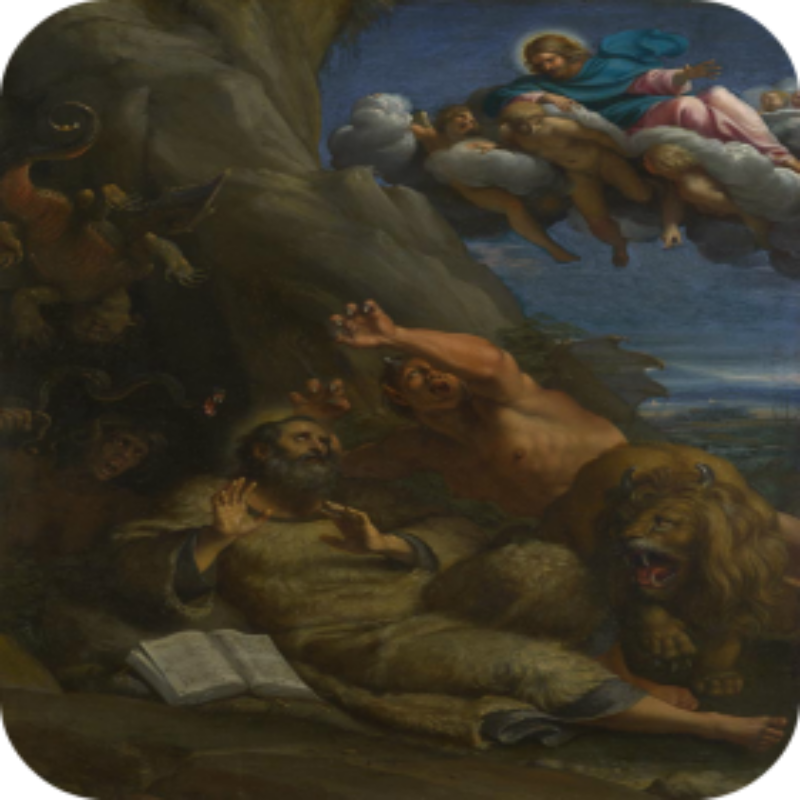 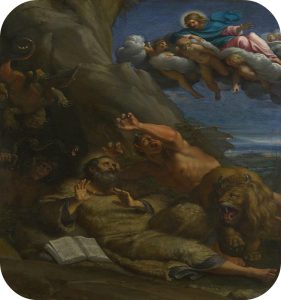 There are many places in our lives the devil lurks. Perhaps not under every rock, but rather every other. One of the most dangerous places is smack dab in the middle of our day. Morning prayers are wearing off, physical and spiritual fatigue is setting in, and the devil makes no delay in informing us, “You’re only halfway there.”

For this reason monastic tradition has always held noonday prayer with the height of vigilance. The monks found a particular assault coming to them at noon, after rising early and accomplishing many physical and spiritual tasks. Suddenly the rest of the day lost purpose, becoming insurmountable. The fervor brought to prayer at the start of the day faded into apathy, boredom, and self-pity.

Suddenly the very human monks began to allow their minds to wander to concern for their own comfort, with a stark awareness of their own weariness and discouragement. This is certainly a sentiment that pervades vocation, as I often face this same noon bandit as a mother home with her children. The temptation to throw in the towel, even in just one area of intention can be suffocating.

There are two options; regroup or give in. For this reason Psalm 91 was wielded as a weighty weapon in Eastern tradition at midday. The psalmist declares boldly, “You will not fear…the destruction that wastes at noonday” (Ps 91:6). Why is this? “Because you have made the Lord your refuge, the Most High your habitation.” You are protected because you know the name of the Lord who will answer you in trouble.

I received a similar response from a mother whom I asked for advice when having a particularly difficult day. She told me the best thing to do is to start the day over at noon. Begin with noon prayer and re-start the day in my mind from that point on. Nothing has been lost that can not be regained or made new in Christ.

The danger of the noon bandit who comes to steal our peace, striking at our weakest moment, disguises himself behind one compromise after another. The snowball effect that quickly becomes an avalanche seeks to bury us daily. Because of this truth, the wisdom of the Church instituted the Liturgy of the Hours. In our weakness we can’t hope to make it spiritually unscathed from one Sunday to the next, or even one day to the next. We need constant pause for prayer throughout our day, diligently and intentionally every few hours. We must hold onto the fire.

A priest at the recent vows I attended told the story of a man he knew from China. The man had been attending Mass in secret in his communist home country and was discovered, captured, and tortured. His torturers sought only to find the priest, which he would not disclose. When the priest asked him why, he said that if the priest was discovered, there would be no more Mass. Yet, when he finally made it to this country and could freely exercise his religious liberty, his faith began to slip. He attended Mass less frequently, until finally not at all. What communist China and torture could not do to the man, the comforts of American life eventually did.

91 He who dwells in the shelter of the Most High,
who abides in the shadow of the Almighty,
2 will say to the Lord, “My refuge and my fortress;
my God, in whom I trust.”
3 For he will deliver you from the snare of the fowler
and from the deadly pestilence;
4 he will cover you with his pinions,
and under his wings you will find refuge;
his faithfulness is a shield and buckler.
5 You will not fear the terror of the night,
nor the arrow that flies by day,
6 nor the pestilence that stalks in darkness,
nor the destruction that wastes at noonday.

7 A thousand may fall at your side,
ten thousand at your right hand;
but it will not come near you.
8 You will only look with your eyes
and see the recompense of the wicked.

9 Because you have made the Lord your refuge,[a]
the Most High your habitation,
10 no evil shall befall you,
no scourge come near your tent.

11 For he will give his angels charge of you
to guard you in all your ways.
12 On their hands they will bear you up,
lest you dash your foot against a stone.
13 You will tread on the lion and the adder,
the young lion and the serpent you will trample under foot.

14 Because he cleaves to me in love, I will deliver him;
I will protect him, because he knows my name.
15 When he calls to me, I will answer him;
I will be with him in trouble,
I will rescue him and honor him.
16 With long life I will satisfy him,
and show him my salvation.