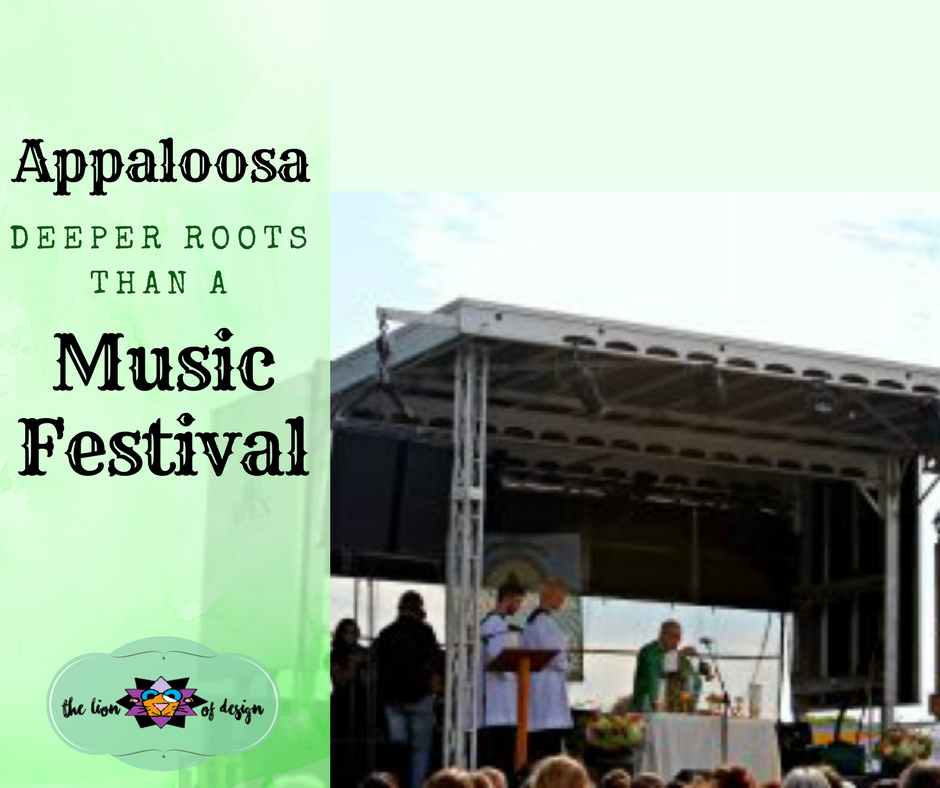 Perhaps the last thing you expected to hear from one of the five main stages of Scythian’s Shenandoah Valley annual roots music festival, were the Divine Praises. It was the morning of the canonization of beloved Mother Teresa of Calcutta, and weary campers who had been up far too late into the night reached into their suitcases for their Sunday best, and climbed the hill to the Ranch Stage.

It was truly a sight to behold – as the same stage, which had come alive with music and festivities only the night before, was now occupied by Fr. Jerome Fasano; pastor of St. John the Baptist Roman Catholic Church in Front Royal, Virginia. The music ensemble played and a solemn peace disseminated, creating a sacredness of the space that could be enjoyed even by those still cozy in their sleeping bags. Fr. Fasano laid a first-class relic of Mother Teresa’s hair upon the altar and prepared for Mass.

As I took my seat in a fold-out chair under the gorgeously open Shenandoah sky, I was in awe of the amount of people continuing to fill the chairs, lay out blankets, and crowd the field around us for standing room. Next to me sat one of the bands’ incredibly talented violinists, and this trend continued – as musicians from a great many of the bands interspersed among the crowd of our outdoor congregation to celebrate the Lord’s Supper.

These musicians had been up far later than I, and still they made it to Mass, using their beautiful talents to glorify the Lord. I was captivated as the voices of our outdoor congregation rose up those blue ridge mountains, and it was then that I realized this moment was what made the Appaloosa festival different from any ordinary music festival. The witness of the importance of the sacrifice of the Mass, held right there on one of the premier stages, and attended by many of the musicians themselves, outdid all talent and skill the festival could possibly offer. 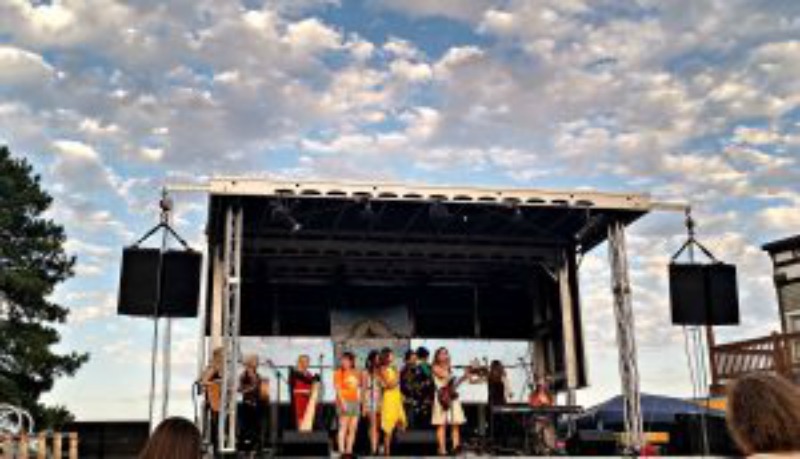 This was the pinnacle and crowning glory of the Labor Day festival. This was why people came in numbers from far and wide, and stayed for the weekend. These people knew they would not only be entertained, but spiritually fed as well. This joy permeated our interactions and experiences throughout the weekend, and its contagious nature was evident throughout that beautiful Sunday.

The family-dominated atmosphere of the festival, with strong support from both Christendom and Franciscan University alumni, certainly helped to cultivate the undertones of inclusive joy and mutual respect for all who attended. Truly becoming childlike at heart, fans of all ages joined in festivities from Irish dancing and bluegrass performances, to songwriting workshops and children’s shows. The wildly fun and engaging stage masters; Scythian, fulfilled their goal to bring a home-grown opportunity for fans and vendors alike, in their own home town of Front Royal, Va. 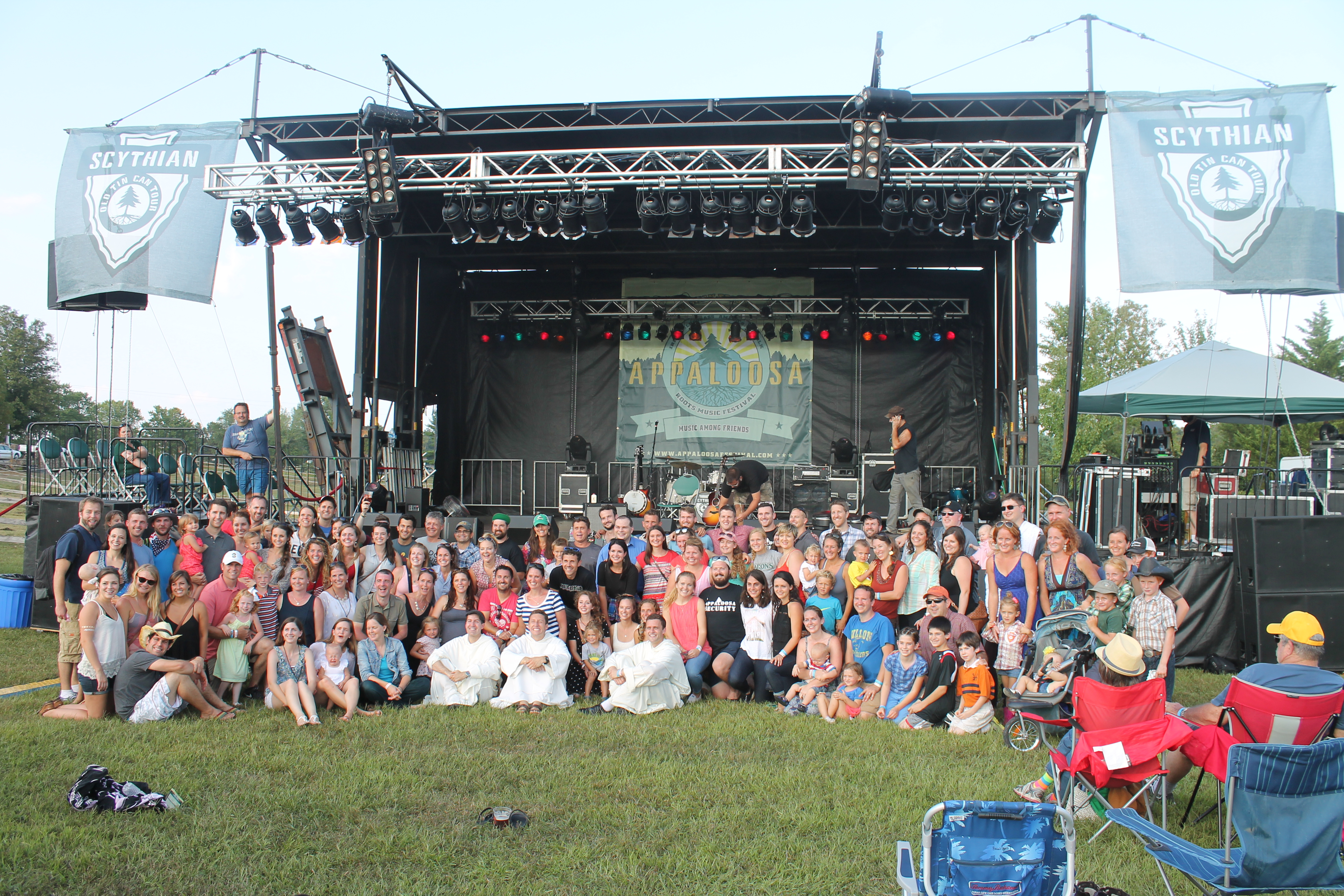 Franciscan University Grads and their Families

The Appaloosa festival was far more than music. It offered a great opportunity for community – spanning generations, and created the opportunity for lasting friendships and unforgettable examples. For as St. Teresa of Calcutta taught us, “Joy is a net of love by which you can catch souls.” 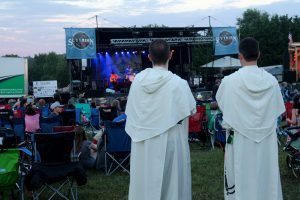 Dominican Friars from DC who played in one of the bands

*10% of all festival profits will go to charity and Appaloosa has named The Little Sisters as a beneficiary. GET TICKETS HERE