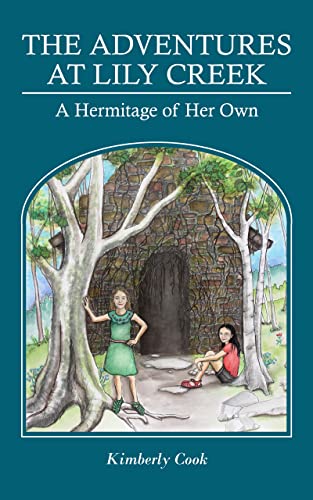 Kimberley Heatherington | For the Catholic Herald

“That summer was the best of my childhood, and I knew that it could never be beaten.”

Gemma Porter — the adventurous young protagonist in “The Adventures at Lily Creek:
A Hermitage of Her Own” (Full Quiver Publishing, 2022) — has a few typical,
warm-weather Shenandoah months filled with friends and family, bike rides and
hikes, just like any other kid.

But there’s a notable exception: Gemma also finds an abandoned and historic Catholic chapel in the book for middle school grades.

Life sometimes imitates fiction and vice versa — and in the case of “A Hermitage of Her Own,” the plot reflects an actual and ongoing archaeological discovery in Stafford County, within the Arlington diocese’s boundaries. That coincidence was unknown to Catholic author Kimberly Cook when she first decided upon her narrative.

“I wanted to make it historical,” Cook remembered, “so I called up Father Jamie Workman, the vicar general for the diocese.” She outlined the premise of her proposed imaginary tale — and was astounded at Father Workman’s response.

“We are going through this right now, in real time, in Stafford, Virginia,” she said Father Workman told her. “It’s just amazing that you’re coming up with this at the same time that we’re actually working on this project.”

That project is a full-fledged excavation, following the accidental uncovering by hunters of graves, and the additional revelation of a hearth and the remains of a small chapel — all located on land once owned by Brent clan (and now owned by the diocese). The latest discovery is near the Brent Family Cemetery in Aquia, which features a 1930s-era altar. A commemorative bronze crucifix and historical marker also stand on nearby Route 1. 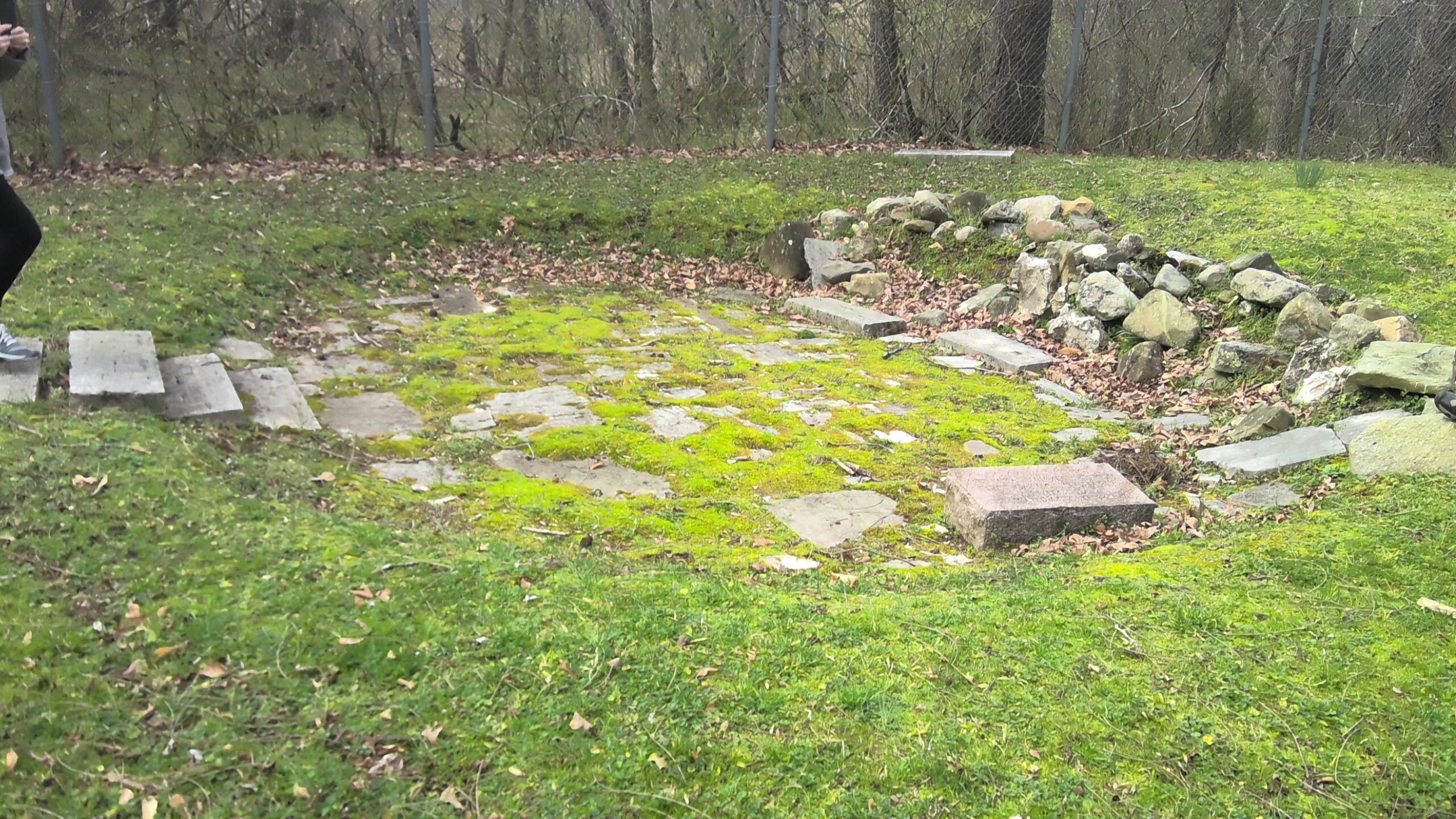 The Brents — founders of the first English Roman Catholic settlement in Virginia — were driven by political unrest from neighboring Maryland, where they originally immigrated during English Civil War persecution. Once relocated, Giles Brent and his sisters, Margaret and Mary, established two plantations on Aquia Creek between 1647 and 1650.

“The Brents owned hundreds and hundreds of acres of land,” Cook said, noting that “Catholicism at the time was illegal in Maryland and Virginia.”

Giles Brent — despite wealth, social prominence, and service as lieutenant governor of Maryland — was once seized by anti-Catholic authorities.

“The fact that he could be arrested and taken back to England in chains simply for being Catholic — it seems unbelievable by today’s standards,” Cook reflected.

Giles’ sister Margaret Brent, a major landowner, estate manager, executrix to Gov. Leonard Calvert of the Maryland Colony and court appointed attorney-in-fact to Lord Baltimore, cut an audacious female figure — so audacious that she is sometimes remembered as the first woman in the New World to demand the right to vote.

The Brents’ nephew George represented Stafford County in the House of Burgesses, the only Colonial period Catholic delegate. His “Woodstock” plantation — where he died between 1694 and 1700 — was, after a move, situated in present day Aquia Harbor.

It is on George Brent’s former land that the current efforts are taking place, under the watchful eye of the Lindsay Alukonis, diocesan director of archives.

“Just to resurrect the history of that — the Brent family having this chapel deep in the woods, and having Masses said in secret,” Cook mused. “It’s a holy spot.” While the 1776 passage of religious toleration acts eased conditions for Catholics, even in 1784, John Carroll — a member of the Brents’ extended family named Bishop of Baltimore in 1789 — reported that “there are not more than 200 (Catholics) in Virginia who are visited four or five times a year by a priest.”

Cook was raised nominally Catholic and returned to the faith in her adulthood. She always loved books with “a clear, good choice that needs to be made in the midst of evil.” She created Gemma Porter with a similar sense of daring. “You kind of want that epic journey,” said Cook. “She’s really hungry for that big adventure in life where she gets to slay the dragon.”

St. Rose of Lima was also among Cook’s sources of inspiration, and a historical detail of her life  — St. Rose maintained a personal hermitage — is reflected in the book’s title. Such a refuge, Cook suggested, offers the “peace that surpasses all things that we are robbed from constantly  in the day to day chaos of the world.”

The storyline of “A Hermitage of Her Own” — the first installment of a planned trilogy — will parallel developments at the diocesan dig.

Heatherington is a freelancer in Alexandria.

Published in The Arlington Catholic Herald 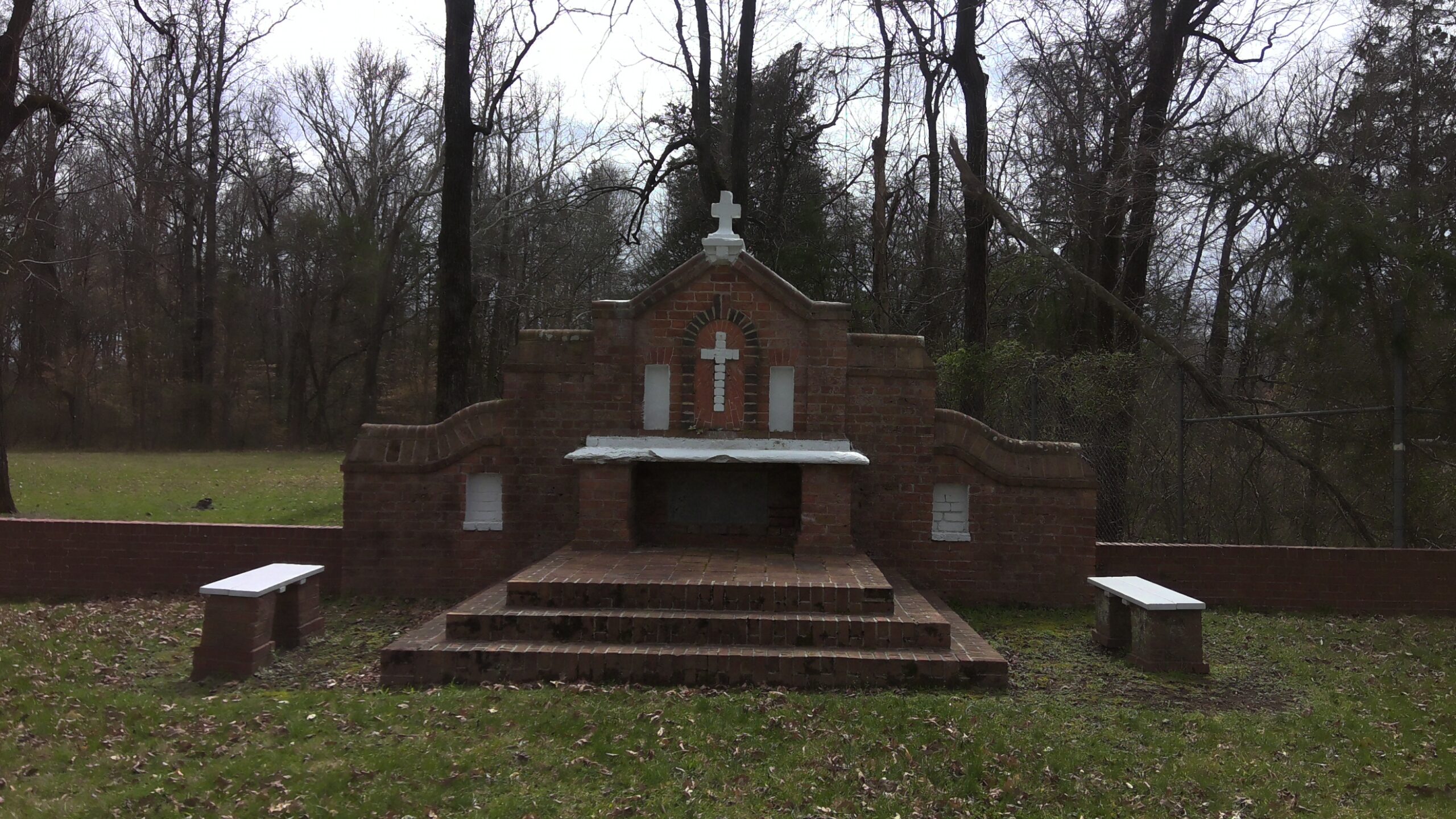 An altar erected in 1930 in the Brent Family Cemetary in Aquia, Va.