The Motherhood of Mary 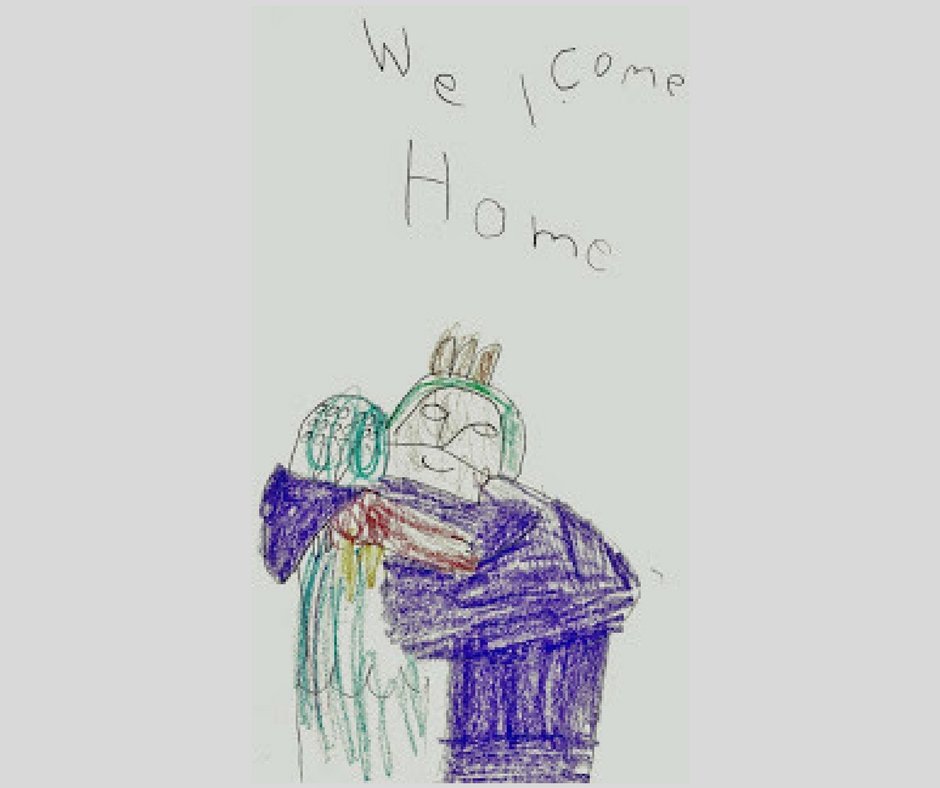 In an age of outspoken women, it’s hard to imagine that the very little that was recorded in the Bible of what the humble mother of Jesus said, could have any lasting or important role to play in the future of Christendom or motherhood in general.  Yet, it is what she did, and not what she said that makes her so amazing!

Mary was visited directly by the angel Gabriel, who called her name *kaire, kekaritomene or “Hail, full of grace” (Lk 1:28-30) when he addressed her – meaning an angel was praising (hailing) her.  She alone was chosen throughout all of history, and she alone conceived through the overshadowing of the Holy Spirit (Lk 1:35).  Instead of 50% of her son’s genetic makeup coming from her, Christ received 100% of it (imagine the similarities!)  She alone carried Jesus Christ in all his Divine glory – in her own body, becoming a tabernacle of the Most High. This tabernacle had to be pure in order for God to dwell (Ex 40:34-35).  Mary alone nursed Christ at her breast, and then prepared the meals to nourish His body throughout his life.  She and Joseph were His earliest teachers of Scripture, and His living examples; the first thirty years of his life fell under their care and authority. They nourished his soul.  The Lord “was obedient to them” even when preaching in the temple and his mother kept His words in her heart (Lk 2:51).

In the year 431 at the Council of Epheses, the early Christian Church declared that Mary was in fact the Theotokos (God-bearer), or Mother of God. All of the early Christians recognized this. Yet, even before the early church was formed, Elizabeth; the mother of John the Baptist, called Mary the “Mother of Her Lord” (Lk 1:43). Elizabeth asked why she deserved such a blessing as the mother of God coming to her.

At the sound of Mary’s voice, John leapt  in Elizabeth’s womb, and Elizabeth was filled with the Holy Spirit. This helped her to know and exclaim that Mary was “blessed” among women (Lk 1:41-42).  Mary then professed her canticle before Elizabeth, praising the goodness of the Lord – recognizing that “all generations will call me blessed” (Lk 1:48.)

st Simeon spoke directly to Mary in the temple, prophesying the crucifixion of her son, stating that “a sword will pierce through your own soul also.” Jesus was greatly concerned with Mary’s care after his death, and in leaving her with his most beloved disciple (Jn 19:27), he blessed John as the only disciple to live till an old age and escape martyrdom (Rev 1:9).

The Lord wills something and it is done!  He did not need Mary any more than he needed the disciples, or needs any of us for that matter. He chose Mary to be the mother of his only son Jesus, just as he chooses each one of us for our own children. And in the same way that we will be the mother of our child both on earth and in heaven, so Mary is the mother of Jesus throughout his lifetime on earth, after his death and Resurrection, and she is the Mother of Jesus still in heaven (imagine his joy at welcoming his mother home in paradise!)

If grace truly perfects nature and Mary is “full of grace,” than her nature was made perfect by God (that last part is important because it is a stumbling block for many.  Mary’s grace was a gift of God – of which he chose to give in fullness).

This gift of grace in full included:

Mary spent almost as much time pondering in her heart as she did speaking (Lk 2:19, 51).  Her last recorded words in Scripture are simply, “Do whatever He tells you” (Jn 2:5).  Therefore, if we follow the motherhood model of Mary, we will strive for a fullness of grace that ultimately always leads us to Christ – through service.  If the saints in heaven are truly our example of how to get there, and if they are able to pray for us, then all the more is the mother of God an example to us, and is she able to intercede for us through her most powerful prayers, which are favored by the Lord (Lk 1:30).

kaire, kekaritomene – this title was used to address a person of honor (used mockingly in Jn 19:3 “Hail, King of the Jews”).  Mary’s name was changed to ‘Full of Grace’, just as Saray’s name was changed to Sarah (Gen 17:15).  We know that when God changes a name there is great significance.  Abraham and Sarah were not the parents of one child, but they were made the parents of all the faithful (Is 51:2).  Mary was called ‘Full of Grace” because the work of grace was completed in her, that is not completed in us until heaven (Phi 3:12-16.)  If any of us were FULL of grace, we would never sin.